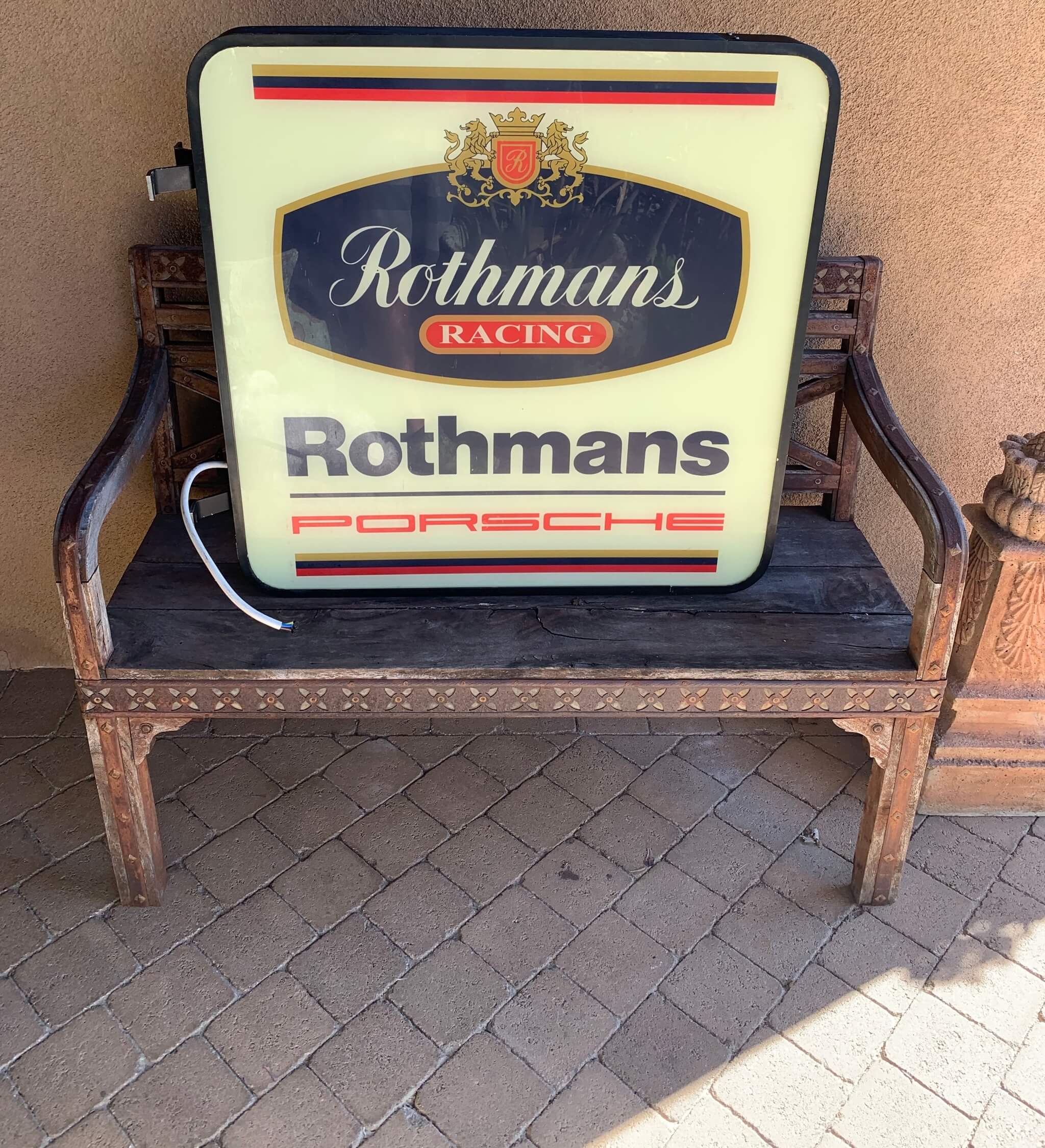 Available for auction is a genuine Porsche Rothmans Racing illuminated sign. This authentic Rothmans Racing sign measures 32" x 32" x 3.5", is internally lit, and is currently wired for 220v. A power converter will be needed to operate.