DT: "The One and Only Gullwing" Painting by Michael Ledwitz 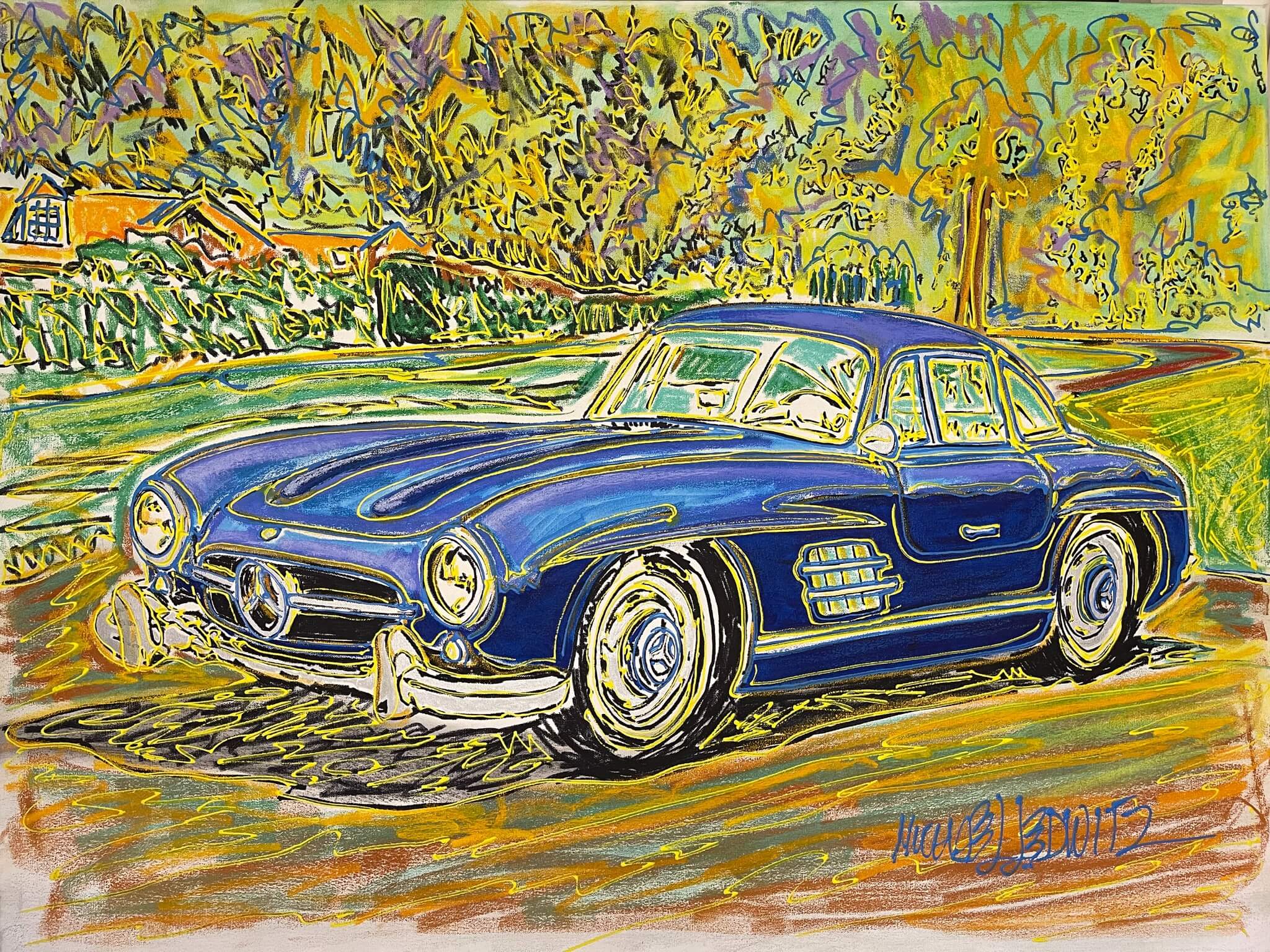 Now available for auction is “The One and Only Gullwing”, an original painting by Michael Ledwitz.  Based on the Mercedes-Benz W194 race car of 1952, the 300 SL was created as a high-performance road-going sports car for the U.S. market at the suggestion of American car importer Max Hoffman.  Introduced at the 1954 International Motor Sports Show in New York City, the 300 SL was the fastest production car of its time with a race-derived lightweight tubular frame construction, streamlined bodywork, and fuel-injected 3.0L straight-six engine. As standard doors could not be fitted due to the car’s unique structure, the 300 SL Coupe received top-hinged gullwing-style doors which resulted in the car’s legendary moniker. 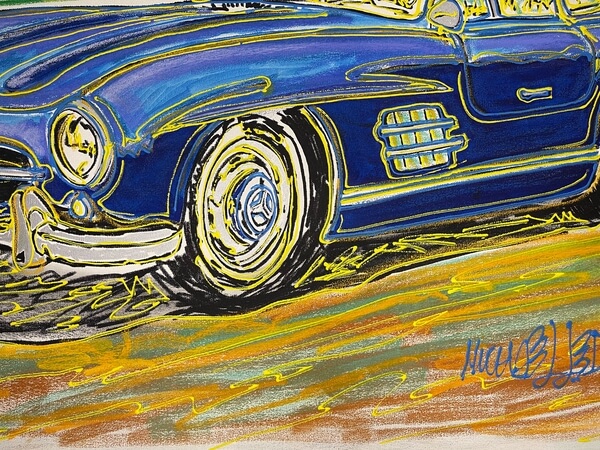 This original work of art depicts a blue 300 SL Coupe on a treelined road with yellow accents highlighting the distinctive bodywork. It measures 36” x 48” and was created on canvas using acrylic paint with brushstroke, marker, silver leaf, and pastels secured with a matte lacquer spray. “The One and Only Gullwing” is a must-have for any vintage sports car aficionado. 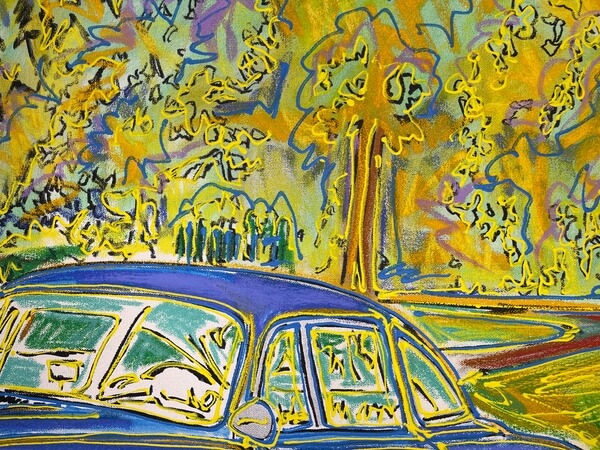