DT: “To the Batmobile!” Painting by Michael Ledwitz 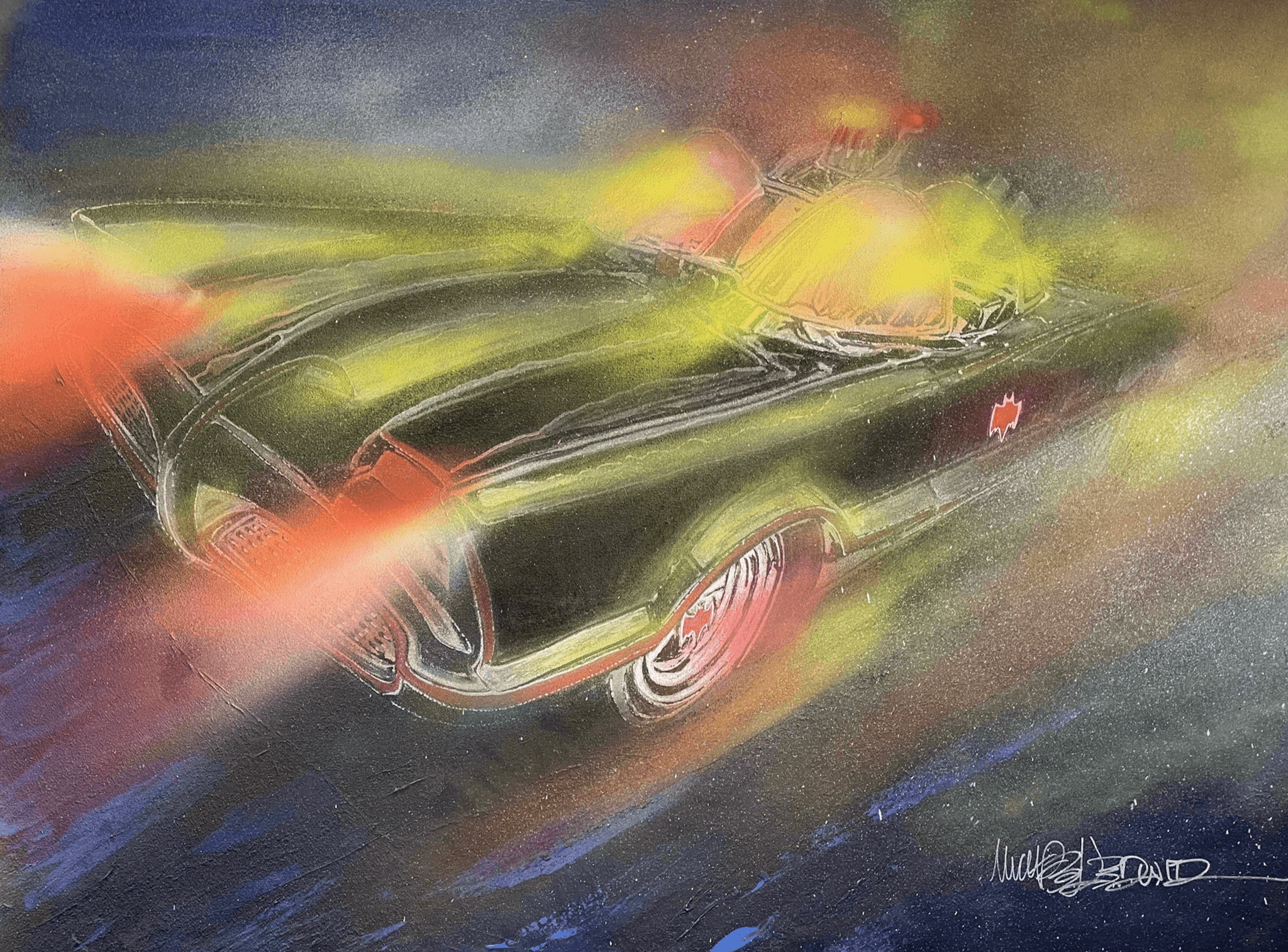 We are pleased to offer “To the Batmobile” an original painting by Michael Ledwitz.  One of the most legendary vehicles in automotive lore, the Batmobile first appeared in 1939 as superhero Batman’s custom-built crimefighting car in Detective Comics #27.  Housed in the Batcave and often seen exiting through a secret hidden entrance, the Batmobile has continuously evolved throughout the years while becoming as integral of a character in the series as Batman himself. 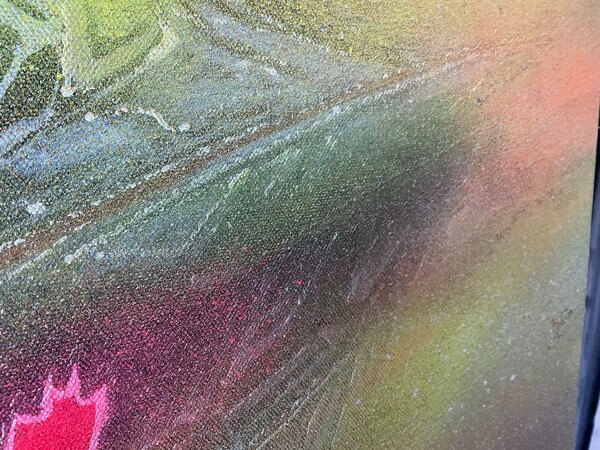 The Batmobile depicted in this painting is none other than TV’s original Batmobile driven by Adam West in the first “Batman” television show in 1966.  Designed and created by custom car legend George Barris exclusively for the television program, this Batmobile was based upon a 1955 Lincoln Futura concept car and was the first-ever fully drivable Batmobile.  Barris created the car with a three-week deadline and incorporated styling cues that would come to characterize iterations of the vehicle for years to come, most notably its oversized batwing-shaped tailfins. Measuring 36”x48” and created using acrylic pastel, spray paint, and silver leaf paint, this original work of art depicts the Batmobile in a nighttime setting with vibrant red beams emitting from its headlights and a moonlit yellow glow shining over the black paint and iconic double-bubble canopy.  It makes a fantastic conversation piece and a beautiful work of art for any enthusiast creating a Batcave of their own. 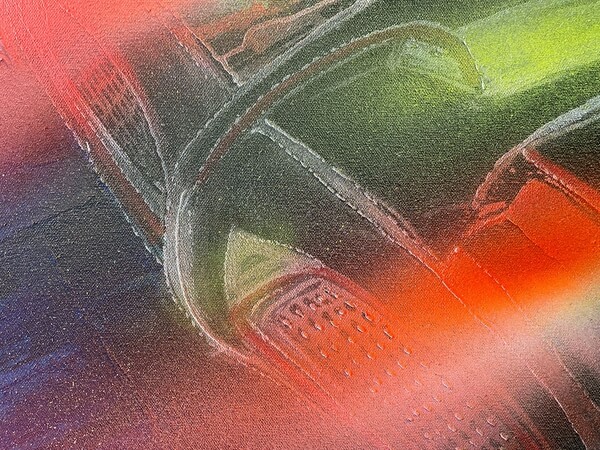