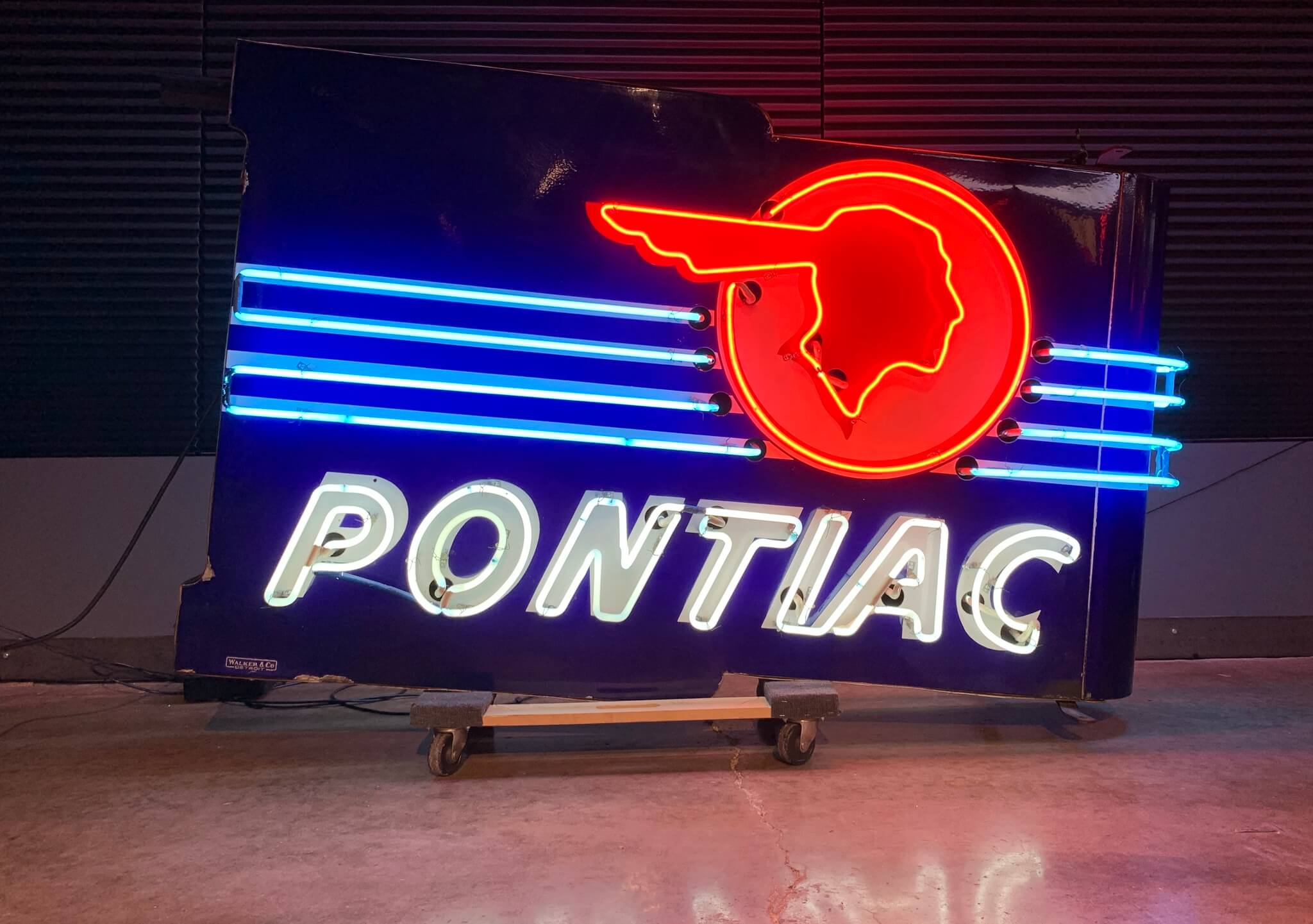 Available for auction is a vintage neon Pontiac illuminated sign. This 72" x 45" x 17" Walker & Co. sign is indicative of the outdoor advertising the company was pumping out its doors in the 1950s.

Pontiac’s origins date back to 1893 when Albert North and Harry Hamilton founded the Pontiac Buggy Company in Pontiac, Michigan. The pair then switched gears in 1906, turning their focus from horse-drawn carriages to motor vehicles and taking on the name Oakland Motor Car only to be purchased by General Motors a couple of years later. GM officially introduced its companion to its Oakland line, Pontiac, in 1926.

It was in 1885 that Walker & Co., of Detroit, Michigan, began its journey to becoming one of the most well-known advertising companies of the first half of the 20th century. As outdoor advertising became more and more effective in the 1920s, and cars became more common, the company began providing signage for top auto manufacturers, department stores, beverage makers, and more. According to the Detroit Historical Society, Walker & Co. was an early adopter of new technologies like neon and fluorescent lighting, helping it to expand its reach across the state. Walker & Co. was producing 95 percent of the auto company and auto dealer signs by the 1950s and had earned its slot as one of the top five outdoor advertising companies in the nation, prompting a series of buyouts.

This vintage double-sided neon is in working condition and features Pontiac’s iconic Native American-head logo, which was later retired in the mid- ‘50s. The buyer is responsible for shipping, handling, and fees.