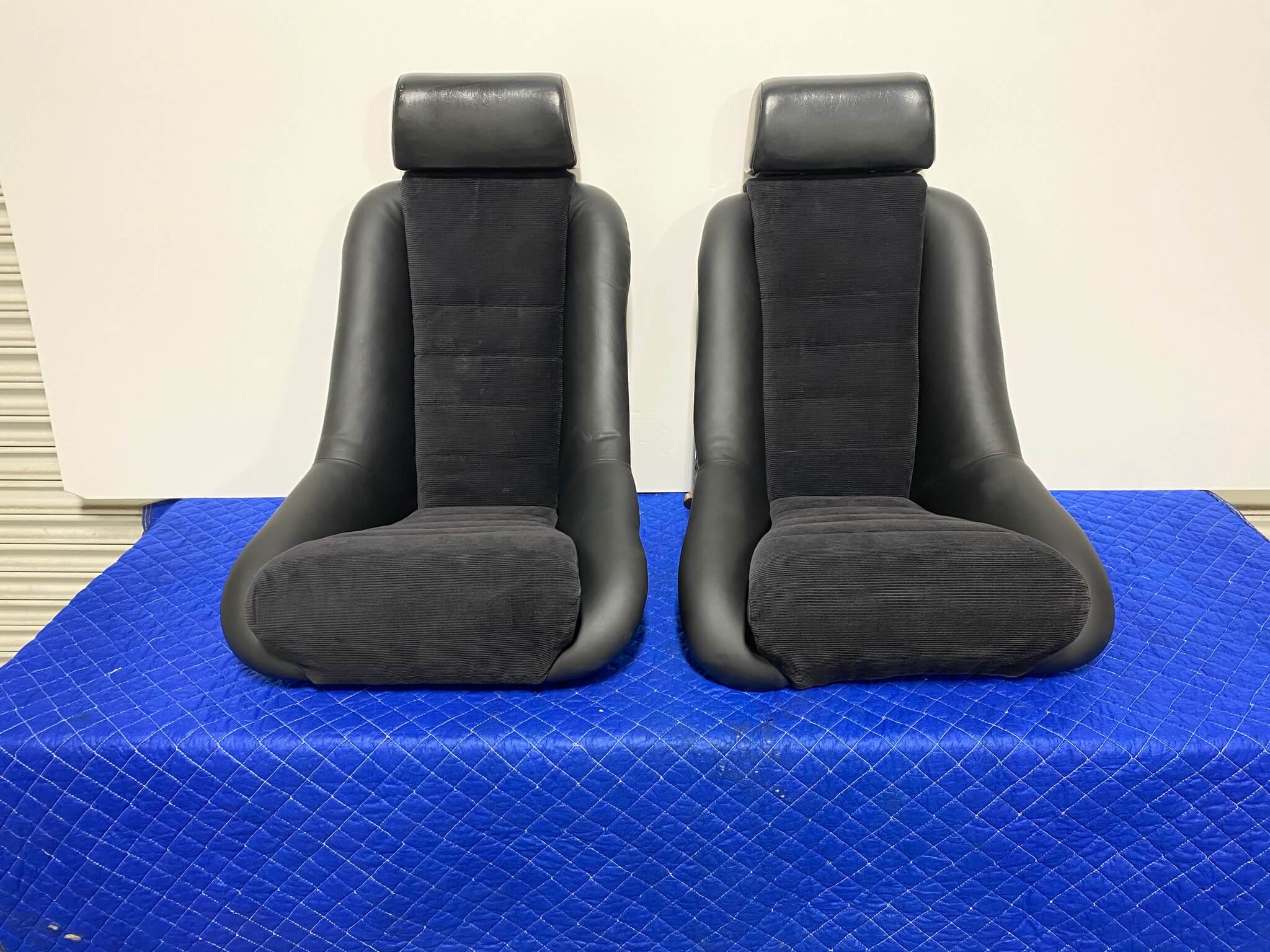 Available for auction is a set of vintage Recaro seats. The seller states these Recaro seats are correct for a 1973 Porsche RSR. The materials are believed to be original though the seats were refurbished by a Recaro dealer in the 1990s. One seat uses a turnbuckle adjustment while the other is a fixed back position. The seller states the seats are in great condition, but please view the gallery for the most accurate representation.

Recaro traces its family history back to Reutter, the karosseriebau founded in Stuttgart in 1906 by Wilhelm Reutter. In 1932, Reutter did a one-off Wanderer for Ferdinand Porsche and, in secret at its new facility in Zuffenhausen, built the prototypes for a new People’s Car, the Volkswagen. In the fall of 1949, Porsche’s son, Ferry Porsche, commissioned Reutter to produce 500 bodies, frames, seats, interior trim, and to install the vehicles’ heating and electrical systems, and to do final vehicle inspections before his new 356 model was offered for sale. Porsche also called on Reutter late in 1961 to produce coupe and cabriolet versions of a new car body, a successor to the 356. Codenamed T8, the car emerged as the Type 901, which would go into production as the new Porsche 911. In the run-up to production, Porsche bought Stuttgarter Karosseriewerk Reutter & Co. GmbH, acquiring not only the production facilities in Zuffenhausen, but 950 employees and their car-building know-how. Meanwhile, the other 250 Reutter employees continued to produce seats and set fittings and that effort was reorganized as Recaro, a name derived from REutter CAROsserie.