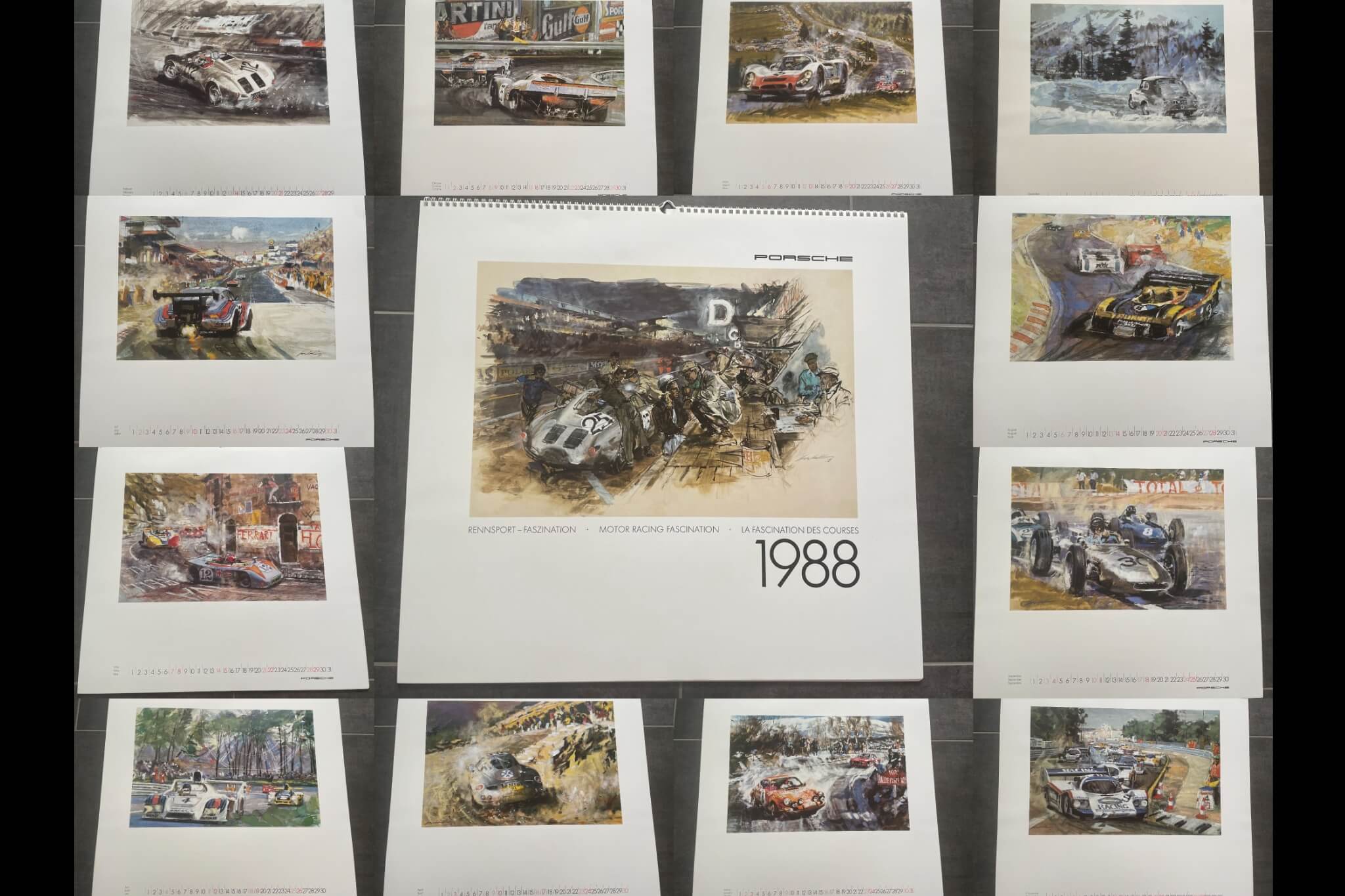 Available for auction is a set of Porsche artwork prints with an original calendar by Walter Gotschke that was displayed in 1988. 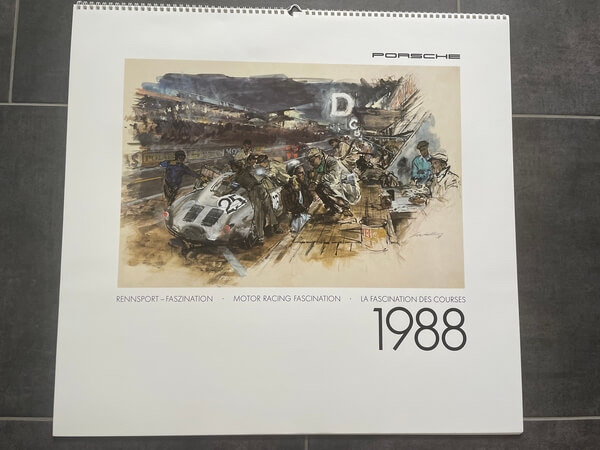 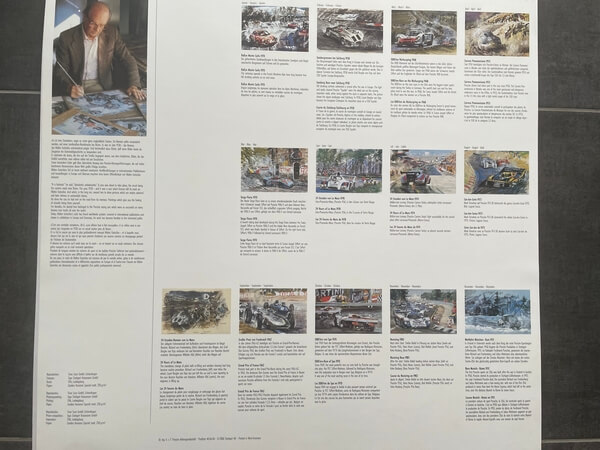 Born in what is now the Czech Republic, in 1912, Gotschke spent much of his early years in Germany and was drafted into military service during WWII, illustrating German cars for advertisements, often accompanied by wartime aircraft. Displaying the easily recognizable strokes of pure genius and once described by top American artist Peter Helck (known for his dramatic depictions of Edwardian chain-driven monsters) as ‘simply the best, it is no wonder the German marque chose Gotschke for its promotional calendar. 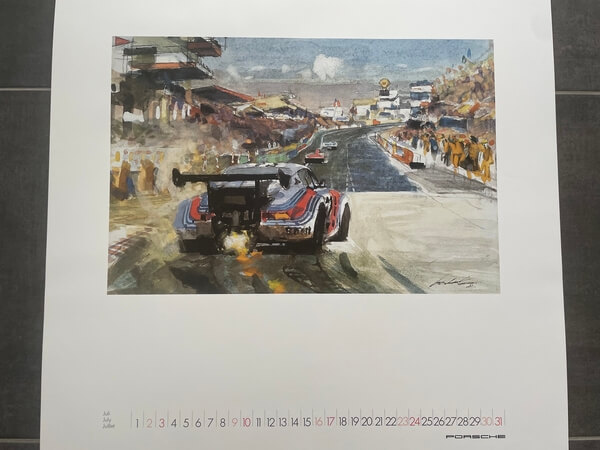 Produced in 55cm x 60cm format, the factory calendars were commissioned by Porsche shortly before the end of the carmaker’s seven-year reign of consecutive victories at Le Mans. Stunning gouache illustrations of Richard von Frankenberg and Wolfgang von Trips in a 550 Spyder at Le Mans, the 917/30 Can-Am of Mark Donohue at Laguna Seca, and Dan Gurney at the wheel of Type 801 at the 1962 French Grand Prix delighted Porsche collectors and motorsport art aficionados alike. Many of the monthly calendar pages were torn from their ring-bound spines by owners to be framed as individual prints. Intact calendars turn up from time to time, and to our eyes make enjoyable collector items. Original paintings by Gotschke are in a different league, often selling for more than £5,000 at auction." 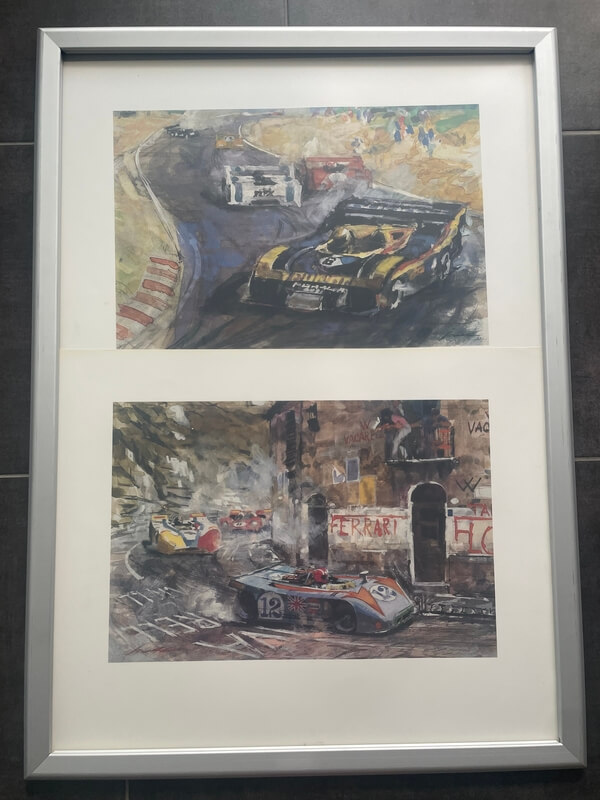 Don't miss your opportunity to own a beautifully preserved example of Gotschkes Porsche artwork. The buyer is responsible for shipping, handling, and fees.