Ferrari 312T2 Formula One Car from The Film "Rush" 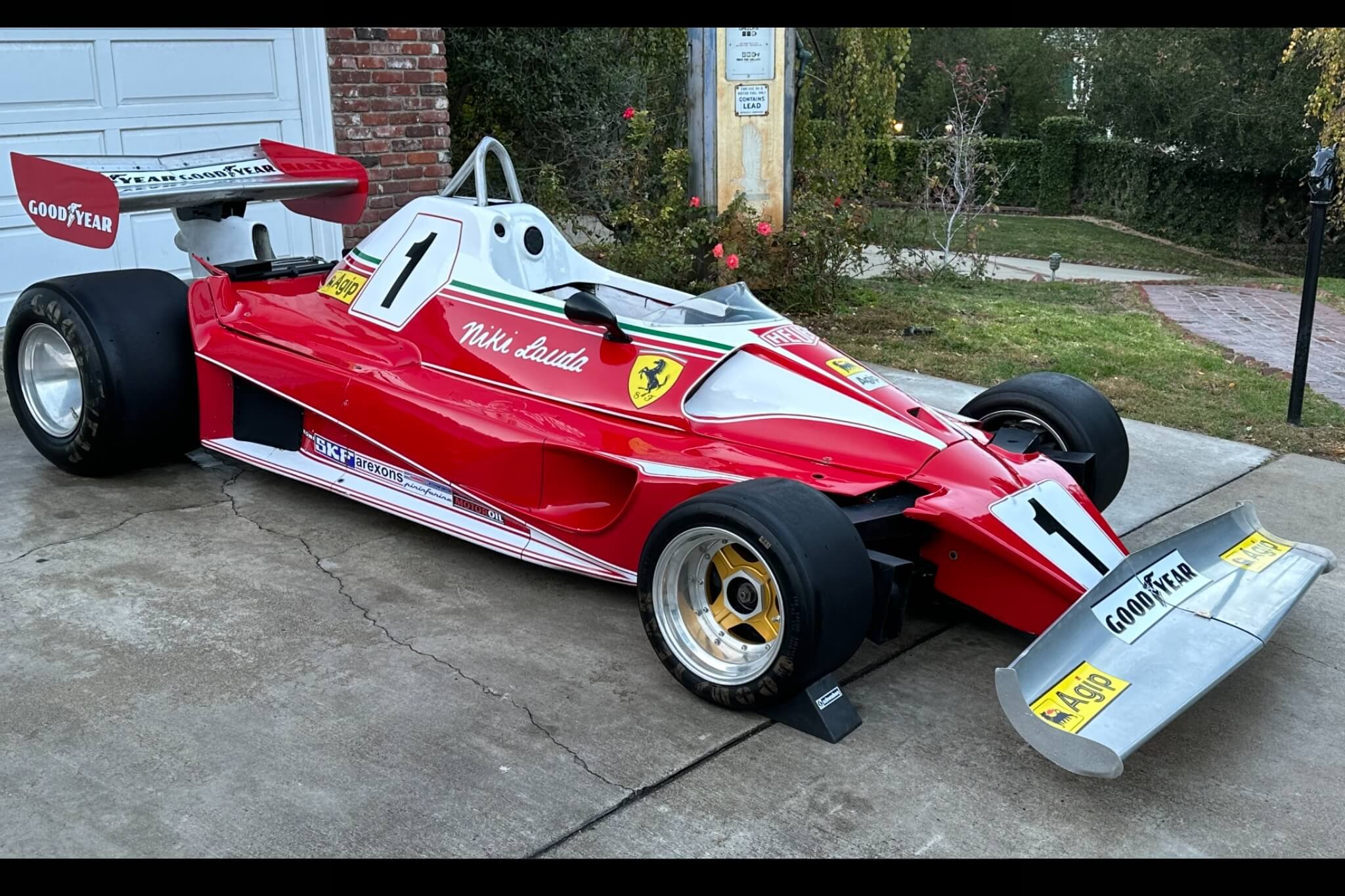 Available for auction is a prop Ferrari 312T2 Formula One car made for Niki Lauda (Daniel Brühl) in Ron Howard's racing biopic "Rush." The custom-built car is based on a Mygale chassis with a fiberglass body, aluminum front and rear wings, a 2-liter Duratec Ford engine with a dry-sump lubrication system, and a Hewland FT200 H pattern gearbox. 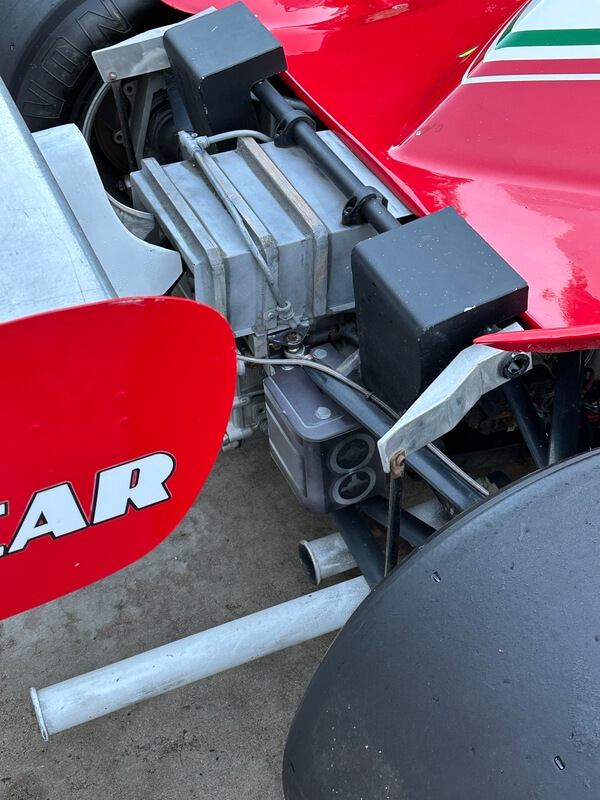 In addition to the Ferrari-red paint scheme, logos for sponsors Heuer, Agip, and Goodyear adorn the vehicle. On the nose, both sides of the air intake, and both sides of the cockpit, Lauda's number "1" is applied in flowing white script, commemorating his victory the year before. The vehicle wears its original slick tires used during production and a Ferrari-branded leather padded steering wheel. Featuring foam padding and a red safety harness, the cockpit is simple and uncluttered. 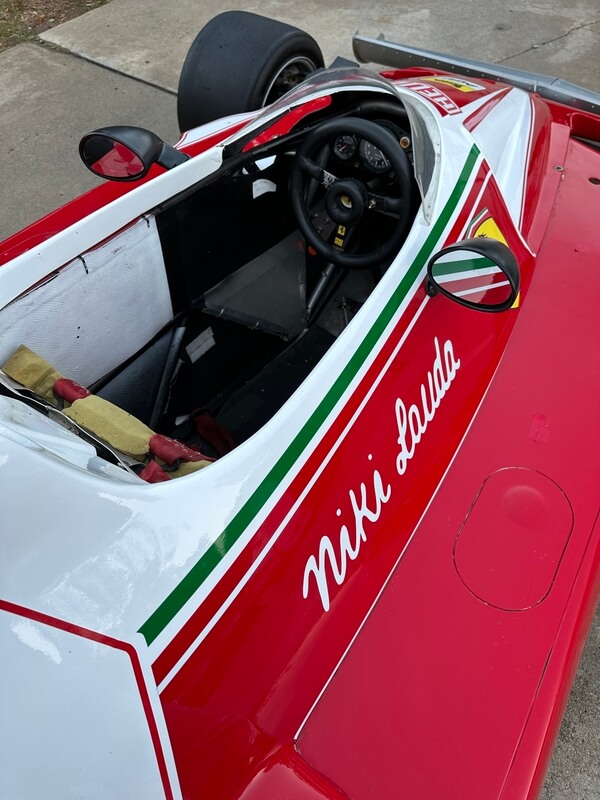 During the late part of the 1976 season, Ferrari used the model 312T2 after regulations removed the "high" air box from earlier F-1 cars formally known as the "312T." 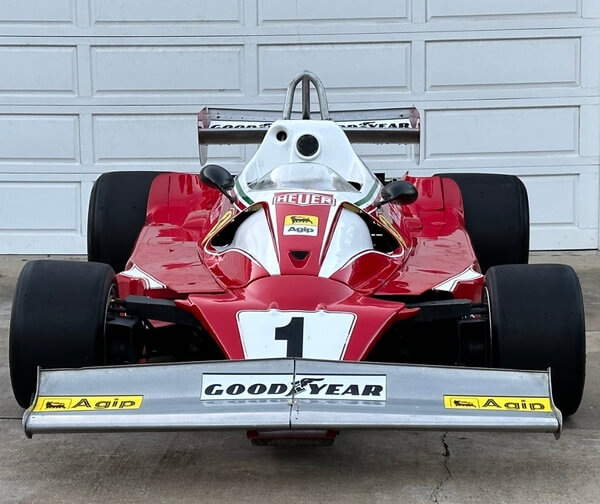 The prop cars built for the film were highly authentic, and the mechanics working on the film stated that they had difficulty discerning the difference between the modern reproductions and the originals. 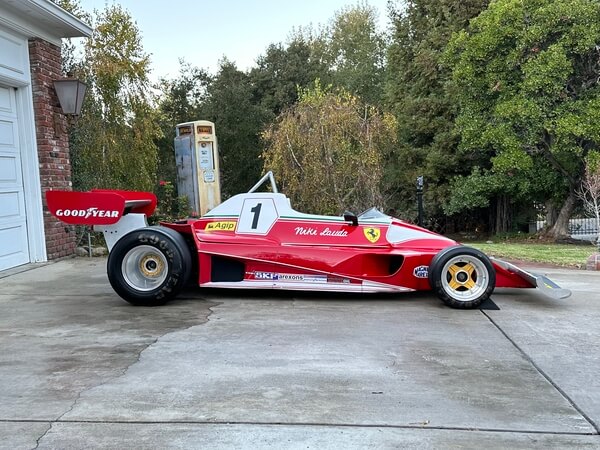 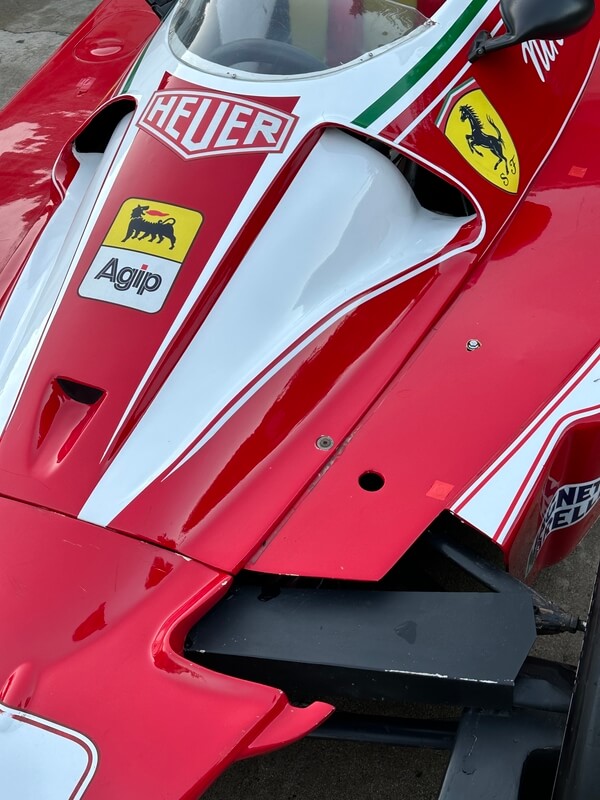 The vehicle is being offered in the exact condition as it was purchased directly from Ron Howard’s production house. During the shipping process, all fuel and fluids from the vehicle were drained, and the battery was removed. The seller notes the vehicle was approved and granted permanent entry into the United States by the Department of transportation. 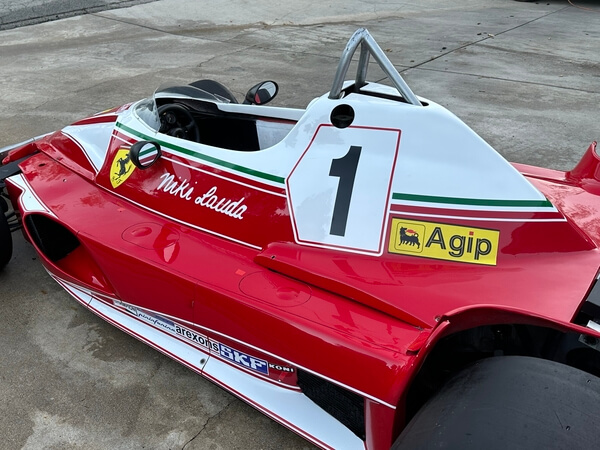 Don't miss your opportunity to own a stunning example from one of the most iconic automotive films in history. The buyer is responsible for shipping, handling, and fees.

Scene from the film highlighting the car and Niki Laudas return after being injured: