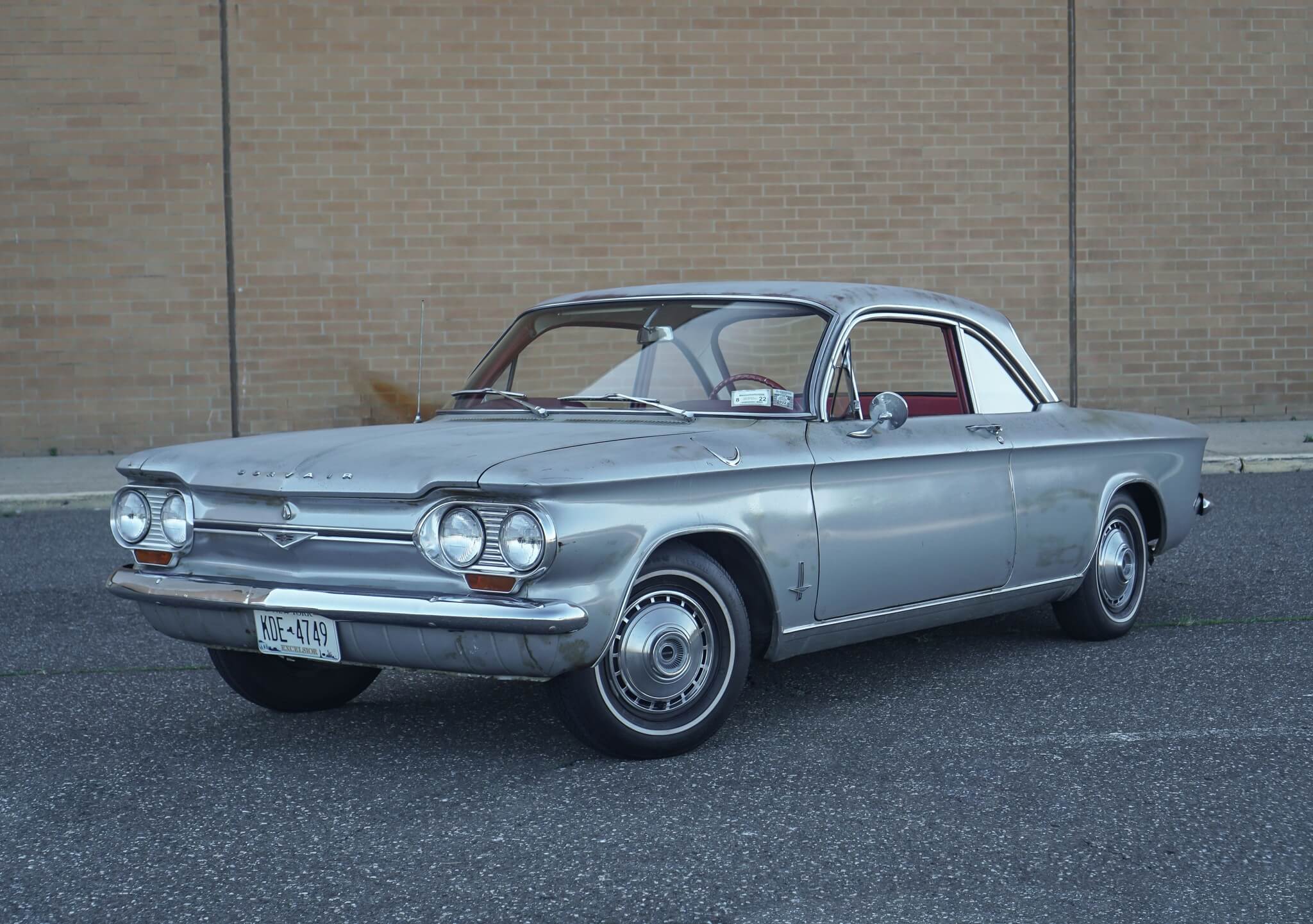 Available for auction at no reserve is this 1964 Chevrolet Corvair Monza Coupe finished in Silver over a red vinyl interior. Built by General Motors from 1960-1969, the Corvair remains the only mass-produced American passenger car to feature an air-cooled rear-mounted engine. This 1964 example was sold new from Bast Chevrolet of New York equipped with an Air flat-six engine paired with the optional Powerglide automatic gearbox and the premium Monza trim package. Believed to have spent its entire life on Long Island, this Corvair was acquired from a long-term owner in May of 2020 and has since been serviced with rebuilt Weber carburetors, a new fuel tank, fuel lines, vacuum modulator, and more. As previously listed on PCARMARKET, this uniquely pantinaed Covair is now being offered for auction by its seller out of New York accompanied by original sales documents. 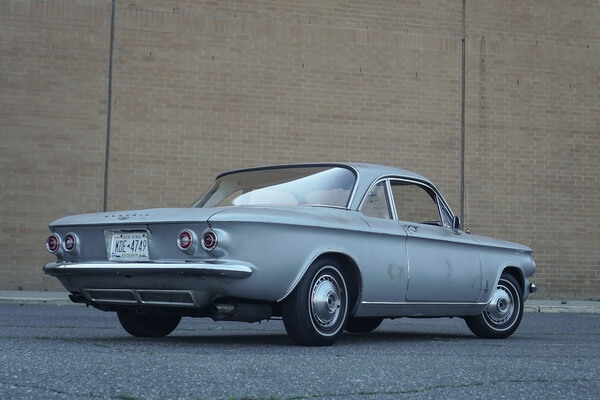 This Corvair comes finished in what is believed to be the original color of Silver. The exterior exhibits paint cracking, sun damage, and some surface rust as well as a small hole visible on the front passenger side and a small dent at the rear.  Detailed images are provided in the gallery. Features include Monza badging, chrome bumpers and trim, dual lower rear grilles, a dual-exit exhaust, and a set of 13" wheels with Monza hubcaps and older Firestone whitewall tires. 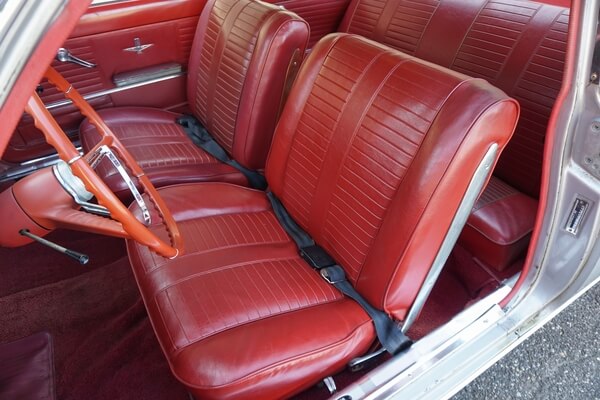 Inside, you will find a red vinyl interior with premium bucket seats and matching carpets.  The rear deck was replaced with a custom fabricated unit by Clarks Corvair of Massachusetts, and the seller notes a few cracks on the dashboard as well as broken seams on the headliner. The speedometer and odometer are said to be functional, while the speedometer produces a clicking noise during operation. The weatherstripping for the front trunk has been replaced and new weatherstripping for the rear side windows is said to accompany the sale 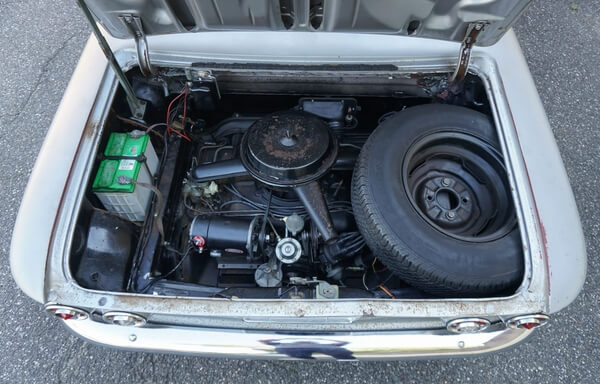 Power comes from an air-cooled 2.7L  Air flat-six engine which produced up to 110 HP when new.  The rear wheels are driven by way of an optional two-speed Powerglide automatic transmission. For 1964, significant engineering updates were made to the Corvair including an increase in engine displacement, the addition of a transverse leaf spring along with softer rear coil springs, a standard front anti-roll bar, and finned rear drum brakes. This Corvair features an upgraded electric fuel pump and electronic ignition and has been recently serviced with rebuilt Weber carburetors, a new fuel tank, fuel lines, harmonic balancer, oil pan gasket, vacuum modulator, heater hoses, exhaust system, starter, and generator. 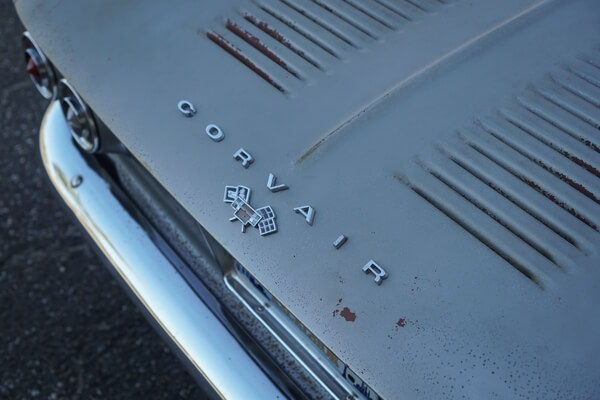 This sale will include a valid New York registration and documentation from the original owner's purchase. Brimming with character and retro style, this charming 1964 Corvair awaits its next owner.