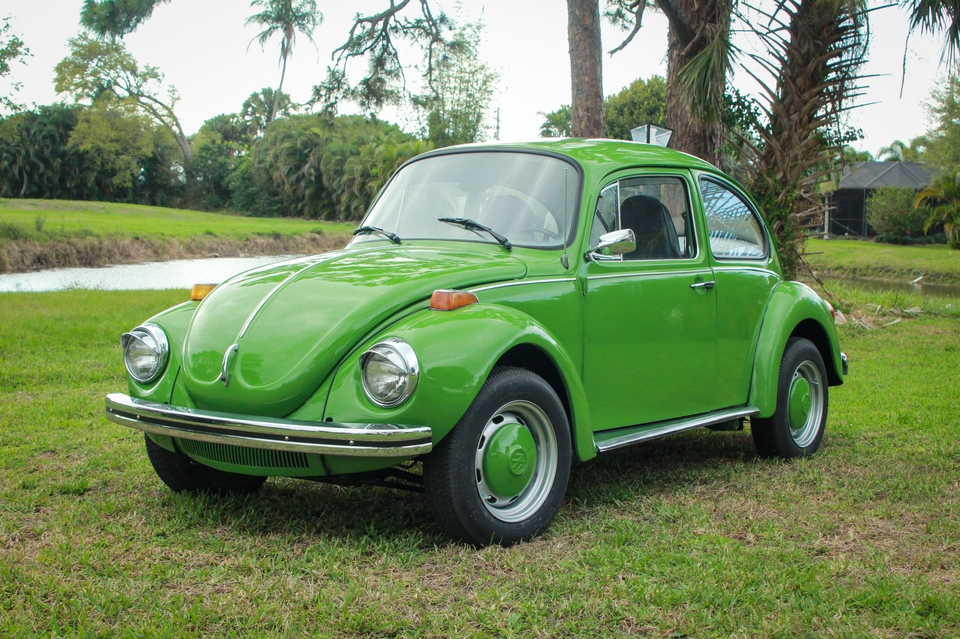 Up for auction at no-reserve is this eye-catching 1973 Volkswagen Super Beetle finished in Zambesi Green over a highly original black vinyl interior.  Originally designed by Ferdinand Porsche and powered by an air-cooled 1600cc flat-four engine paired with a unique 3-speed semi-automatic Autostick gearbox, this Beetle is said to have undergone a very recent cosmetic restoration along with an engine-out service.  Presented in outstanding condition while showing approximately 26k miles on the 5-digit odometer, this iconic 1973 Beetle is now being offered for auction by its seller out of Florida. 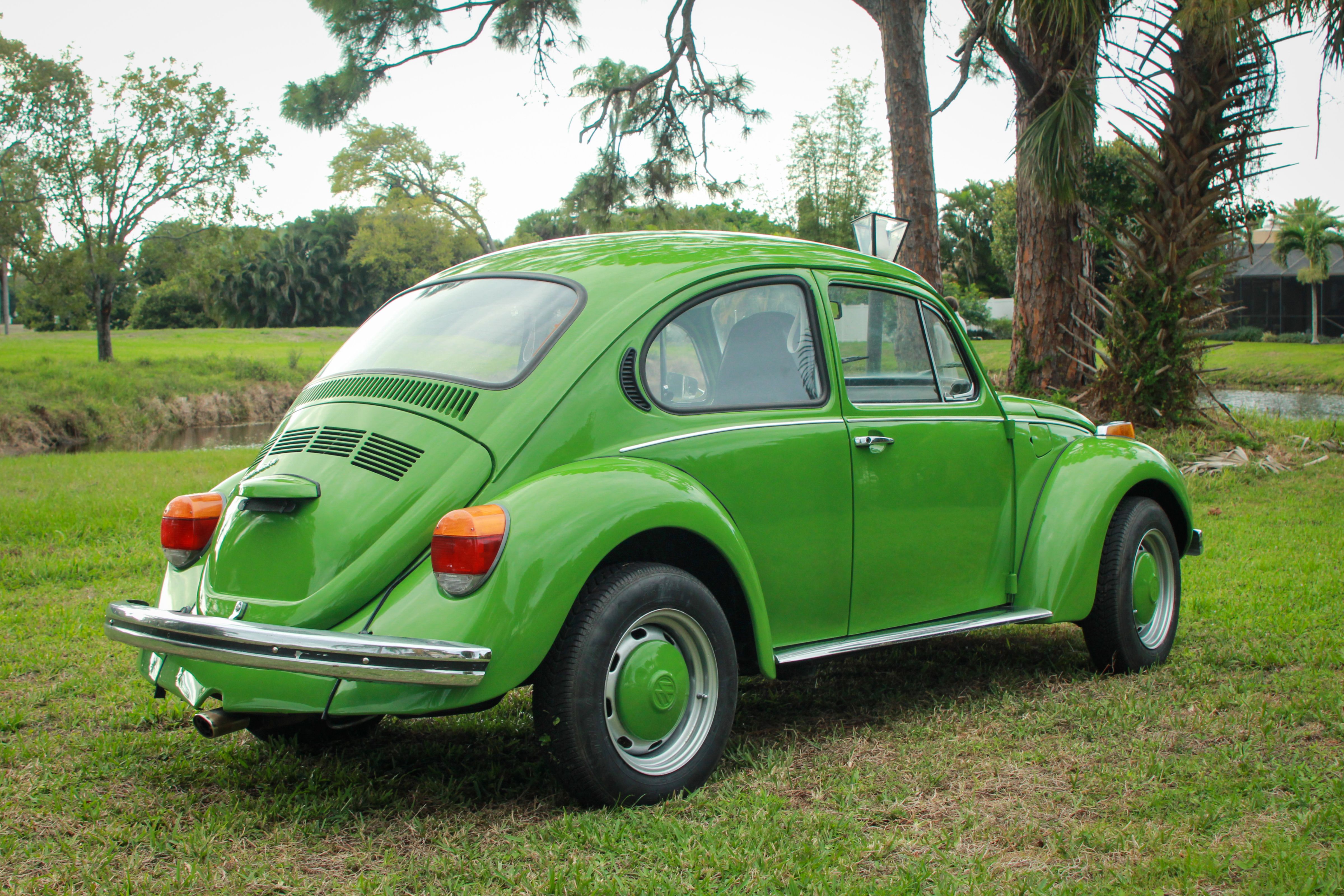 Within the last several months this Beetle is said to have been refinished in a Zambesi Green, which is believed to have been the original color of the car.  All new window and body seals were installed during this time along with a new chrome front bumper.  The 2-stage finish is reported to be in virtually flawless condition, detailed images are provided in the photo gallery.  It rides on a set of original 15” steel wheels that feature paint-matched hubcaps and fresh Metric tires. 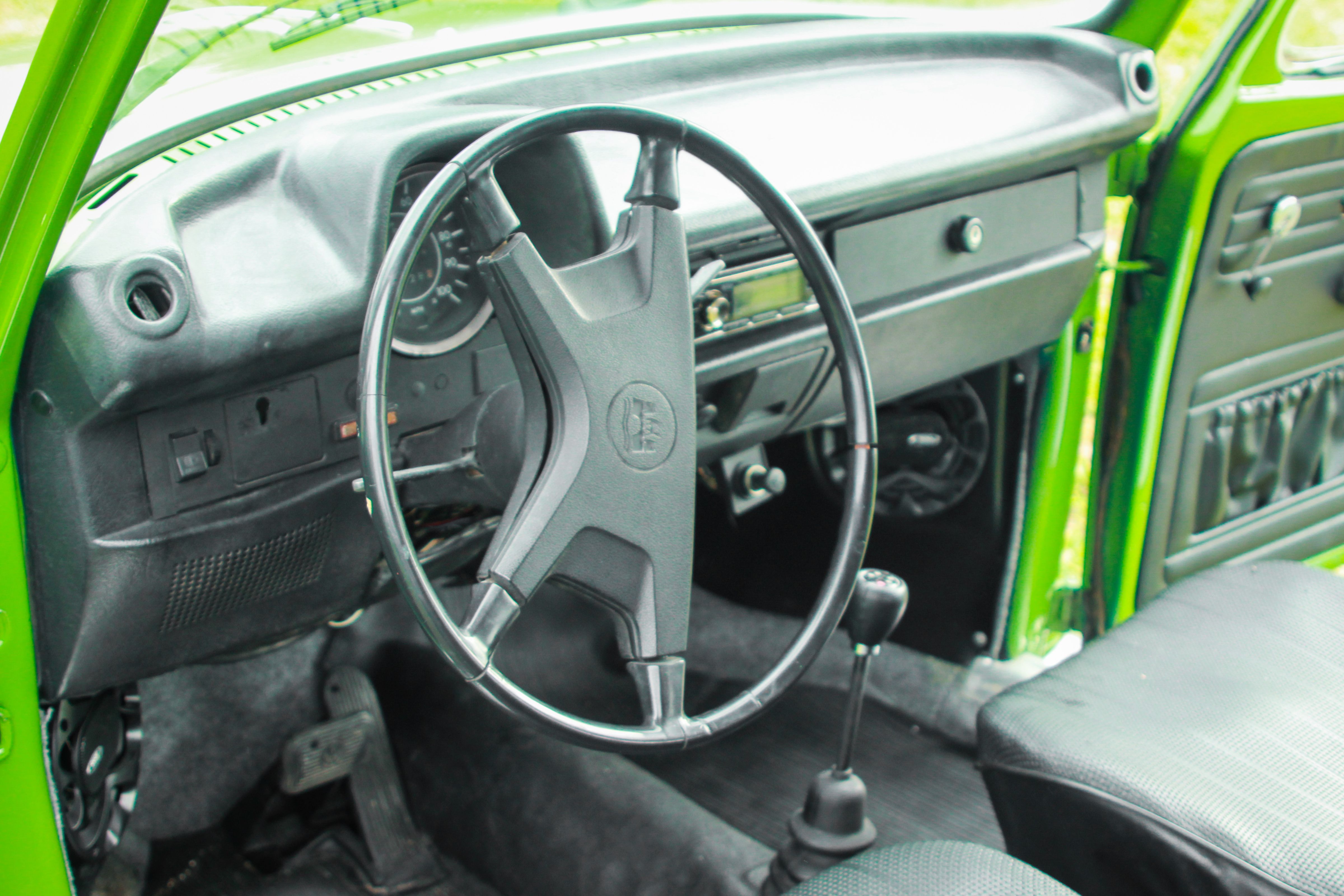 Inside, the black vinyl interior is said to have been well preserved with the original 4-spoke Wolfsburg crest steering wheel remaining in place.  New carpeting has been installed along with an aftermarket radio and a small tear is present on the side of the driver’s seat. The seller confirms the central gauge to be working properly. 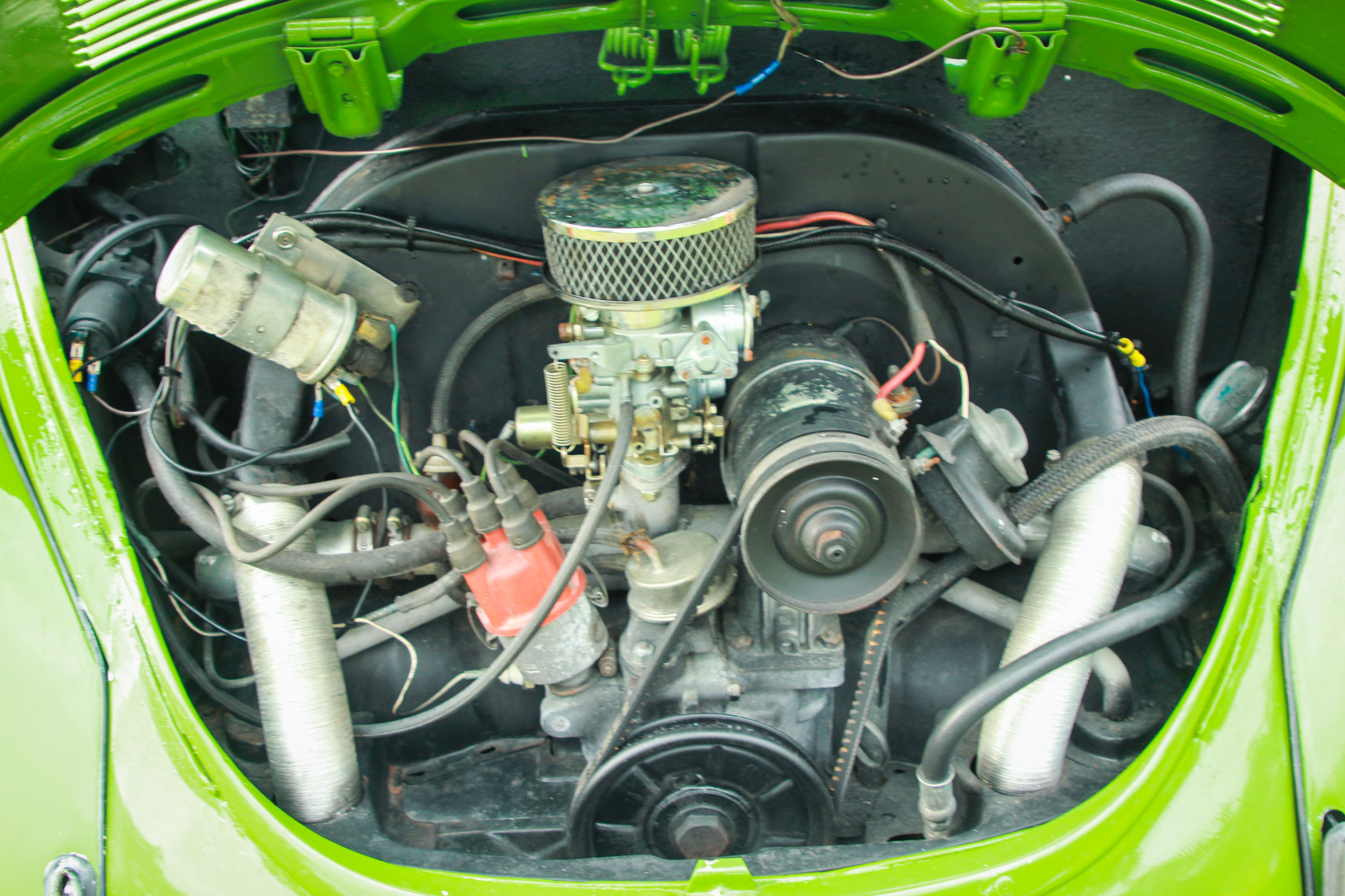 The air-cooled 1600c flat-four engine was recently removed from the car during the restoration before being cleaned and thoroughly serviced.  Approximately 46 HP is sent to the rear wheels through a 3-speed (2-forward and reverse) semi-automatic Autostik gearbox which works in a very similar way to Porsche's Sportomatic version.  The brakes and suspension are also said to have been refreshed during the restoration and a recent service by Street Sand and Toys in Florida included a tune-up and gear-shift adjustment.  An invoice is said to be included for the recent service and this Beetle is described to be in fantastic running order. 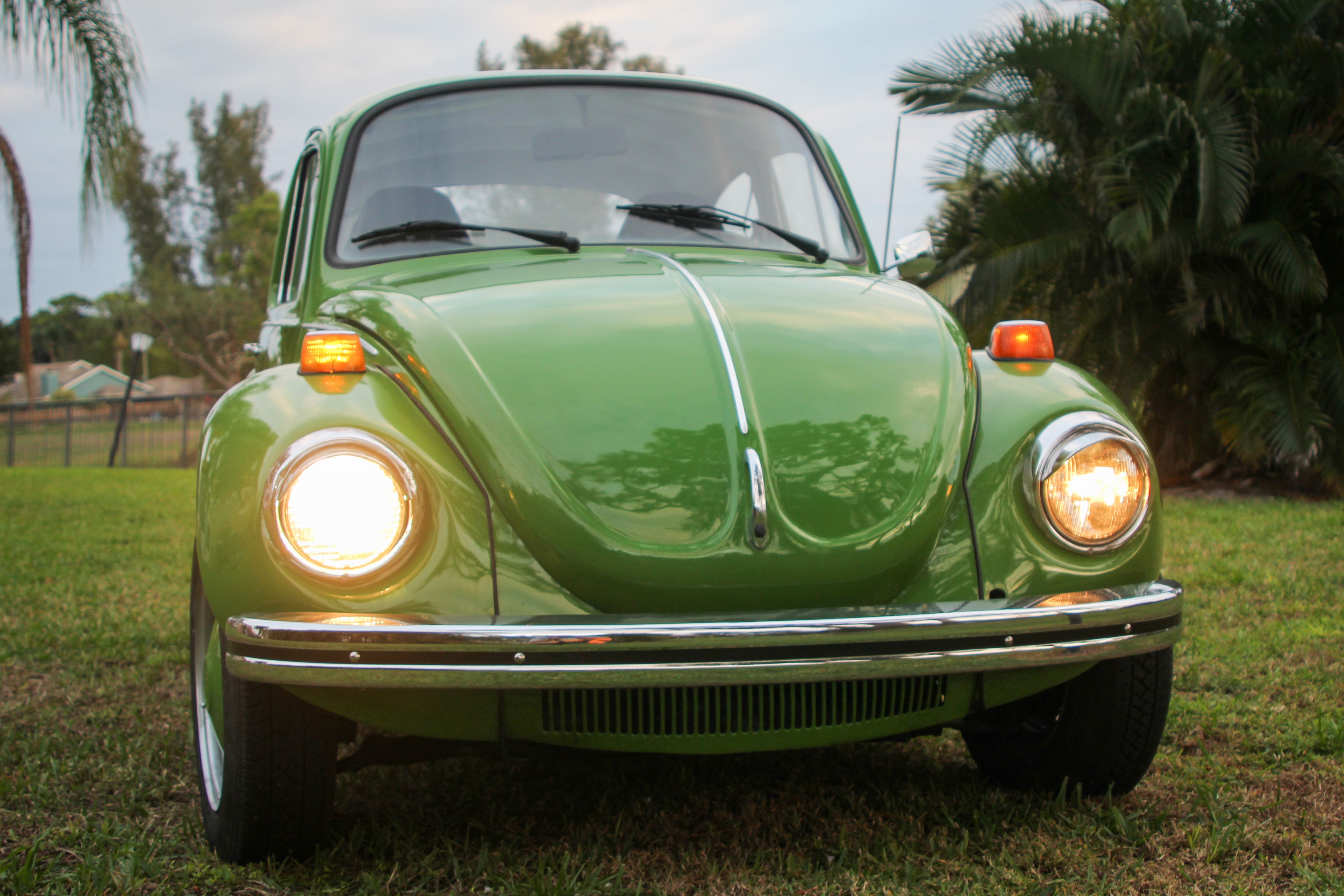 Offered at no-reserve and accompanied by a clean title, this freshly restored Beetle offers an incredible value.