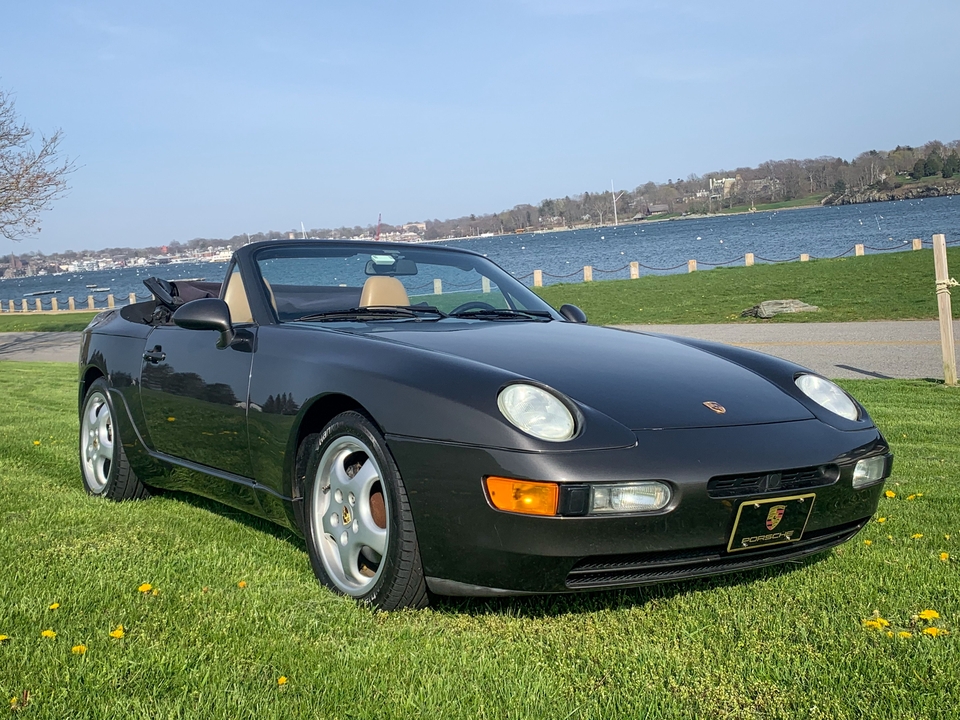 Now up for auction at no-reserve is this 1994 Porsche 968 Cabriolet presented in the rare combination of Slate Grey over Cashmere Beige.  According to the 968 Registry, this example is one of only 47 Cabriolet’s to have been imported to North America in Slate Grey, and only 11 examples delivered in this particular color combination.  Originally sold from Parsippany Porsche of New Jersey, this 968 has remained under the care of its current owner since January of 2017. With approximately 84k miles showing on the odometer, this 968 Cabriolet has undergone a recent timing belt service and is now being offered without reserve by its seller in Rhode Island, accompanied by its original books, a collection of records, and a Porsche Certificate of Authenticity. 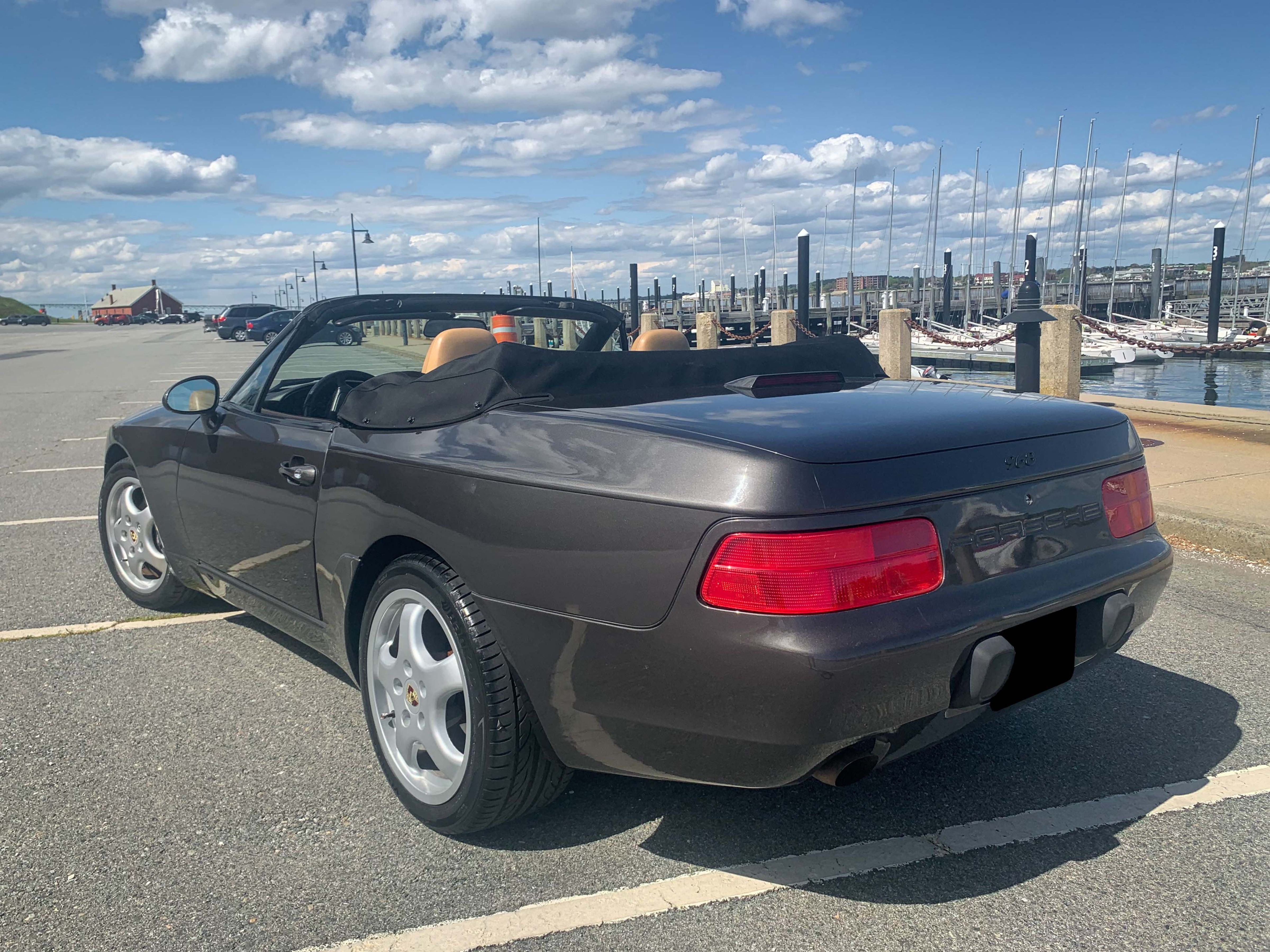 This 968 is said to have been recently treated to a full glass-out respray in its rare factory color of Slate Grey. The cabriolet top and window were also replaced in December of 2017 including new cables and frame restoration, detailed images are provided in the photo gallery. This 968 wears factory 7.5x17” Cup 1 cast alloy wheels in the front and Maxilite-reproduction 17” Cup 1 wheels in the rear, which are currently dressed in Hankook tires. 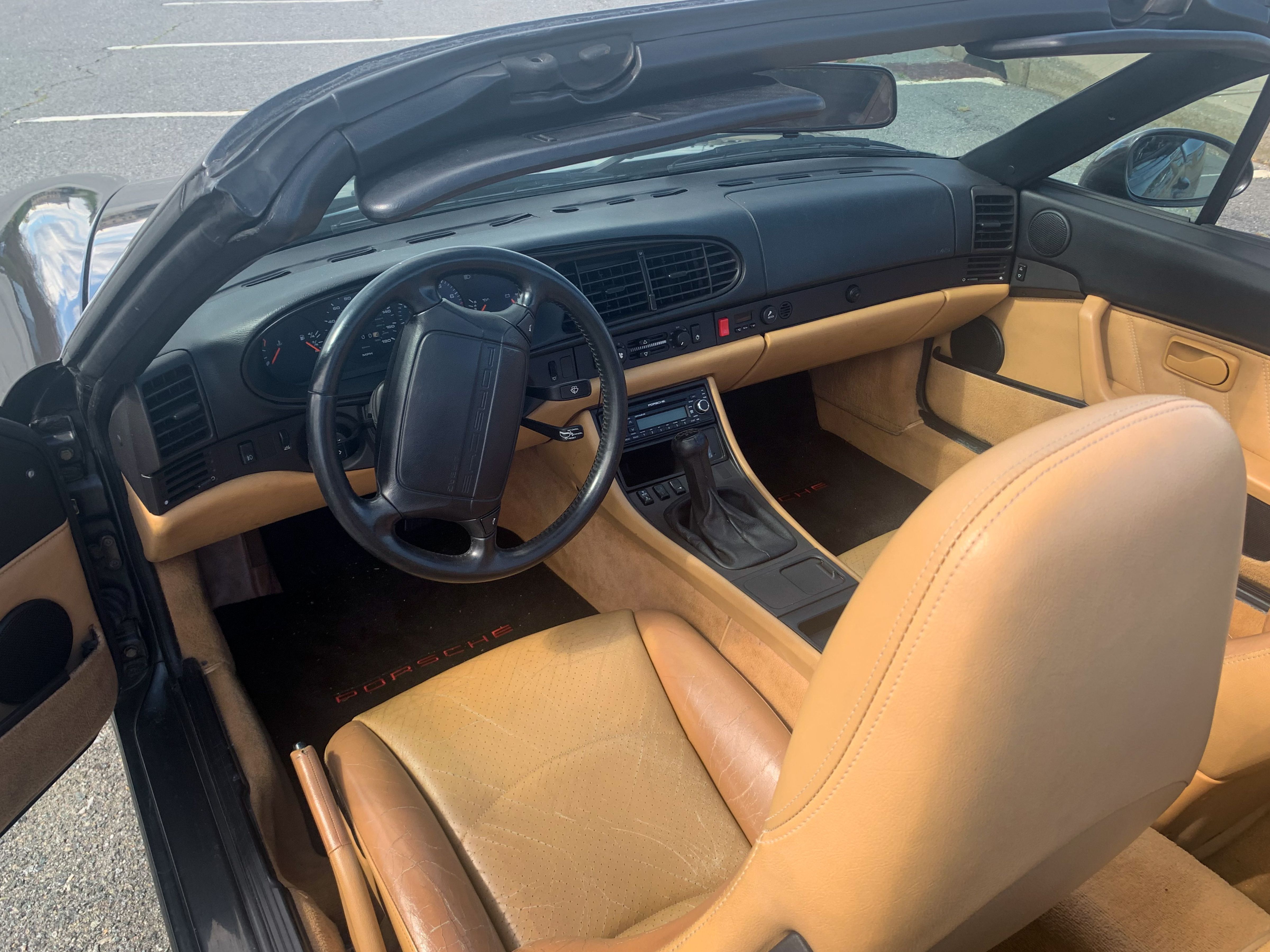 Inside, the cabin is configured in Cashmere Beige and black with partial leather seats.  Factory equipment includes a power-operated cabriolet top, a central locking and alarm system, automatic climate control, power windows, mirrors and seats as well as the optional HiFi Sound System (490). The seller reports two small hairline cracks on the dashboard near the defroster vents as well as separation of the center console lid. A Continental Bluetooth stereo has been installed and is reported to be fully functional along with all other accessories aside from the power seat switches. 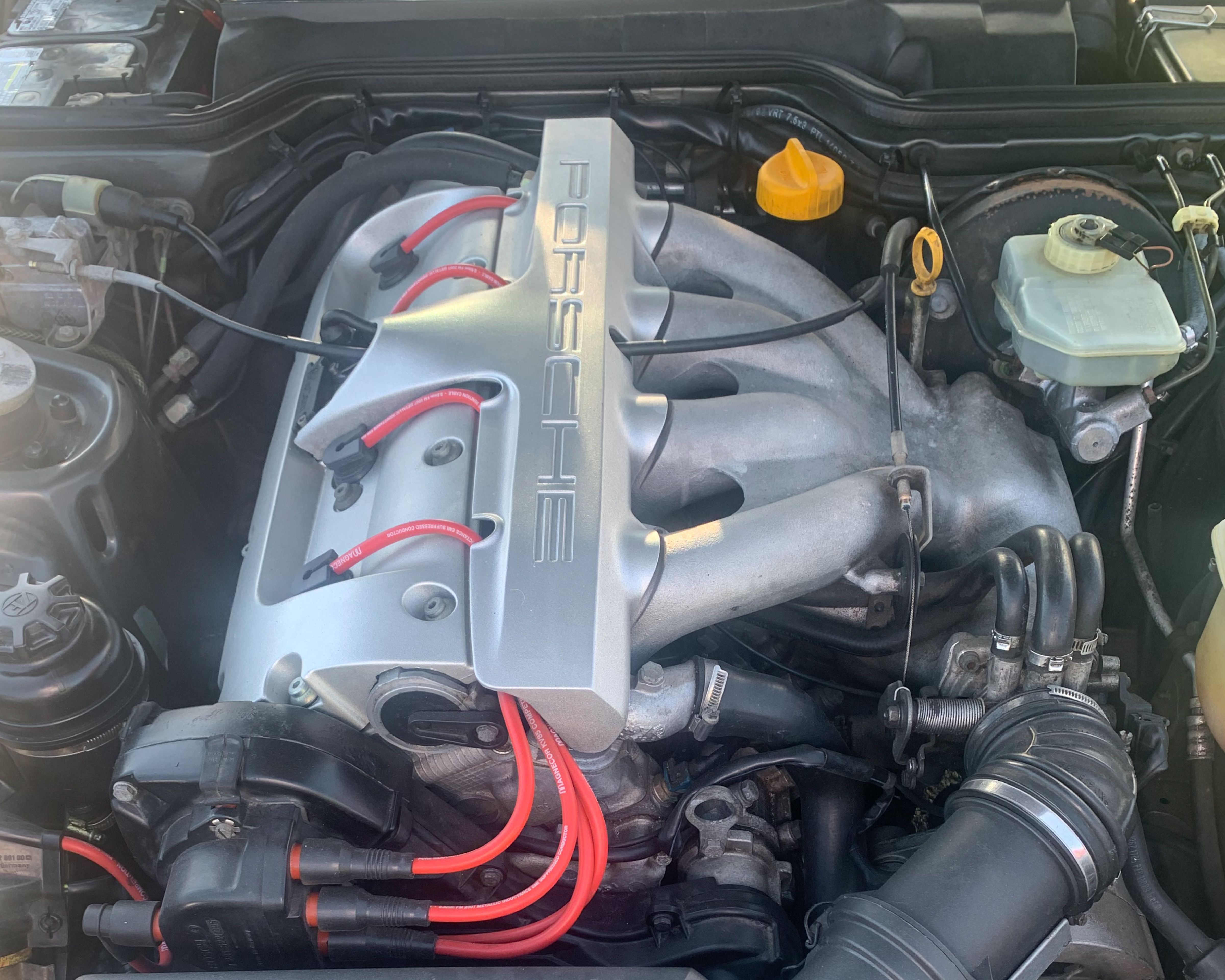 This 968 is equipped with its factory 3.0 L inline 4-cylinder DOHC engine paired with a 6-speed G44 manual transaxle. When compared with the outgoing 944 S2 model, the 968’s powertrain featured newly-optimized induction and exhaust systems, a dual-mass flywheel, updated engine management electronics, and the “VarioCam” variable valve timing system which was a first for road-going Porsche models.  Regularly scheduled maintenance is said to have been addressed by the seller including a service in March of 2020 which included a new timing belt, balance shaft belt, roller, and tensioner. 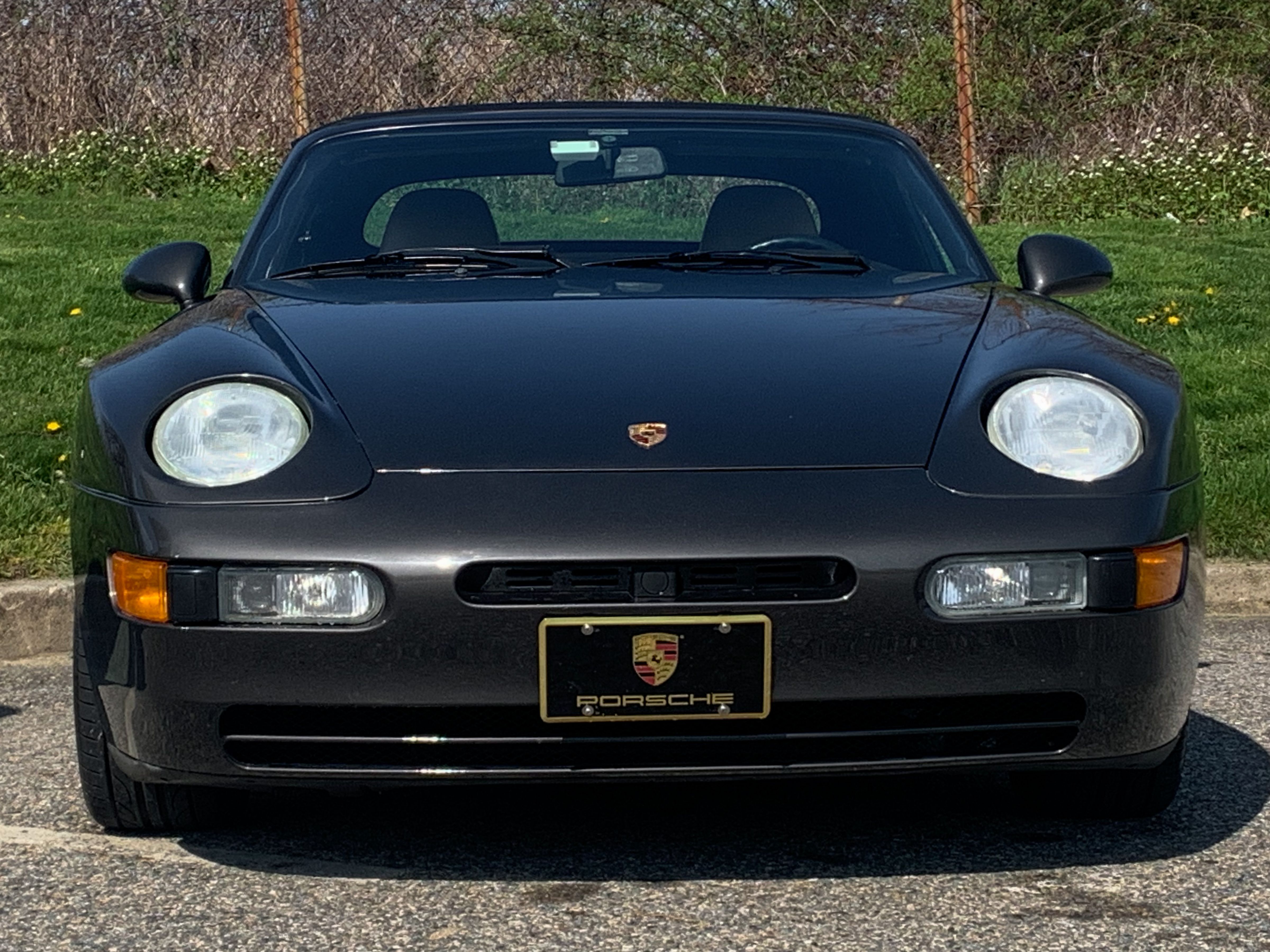 This sale will include the original owner’s manuals, warranty book, tool kit, Porsche Certificate of Authenticity, a binder of receipts, and a clean title. Offered without reserve while finished in a rare and timeless color combination, this open-top transaxle Porsche provides an opportunity that is not to be missed.