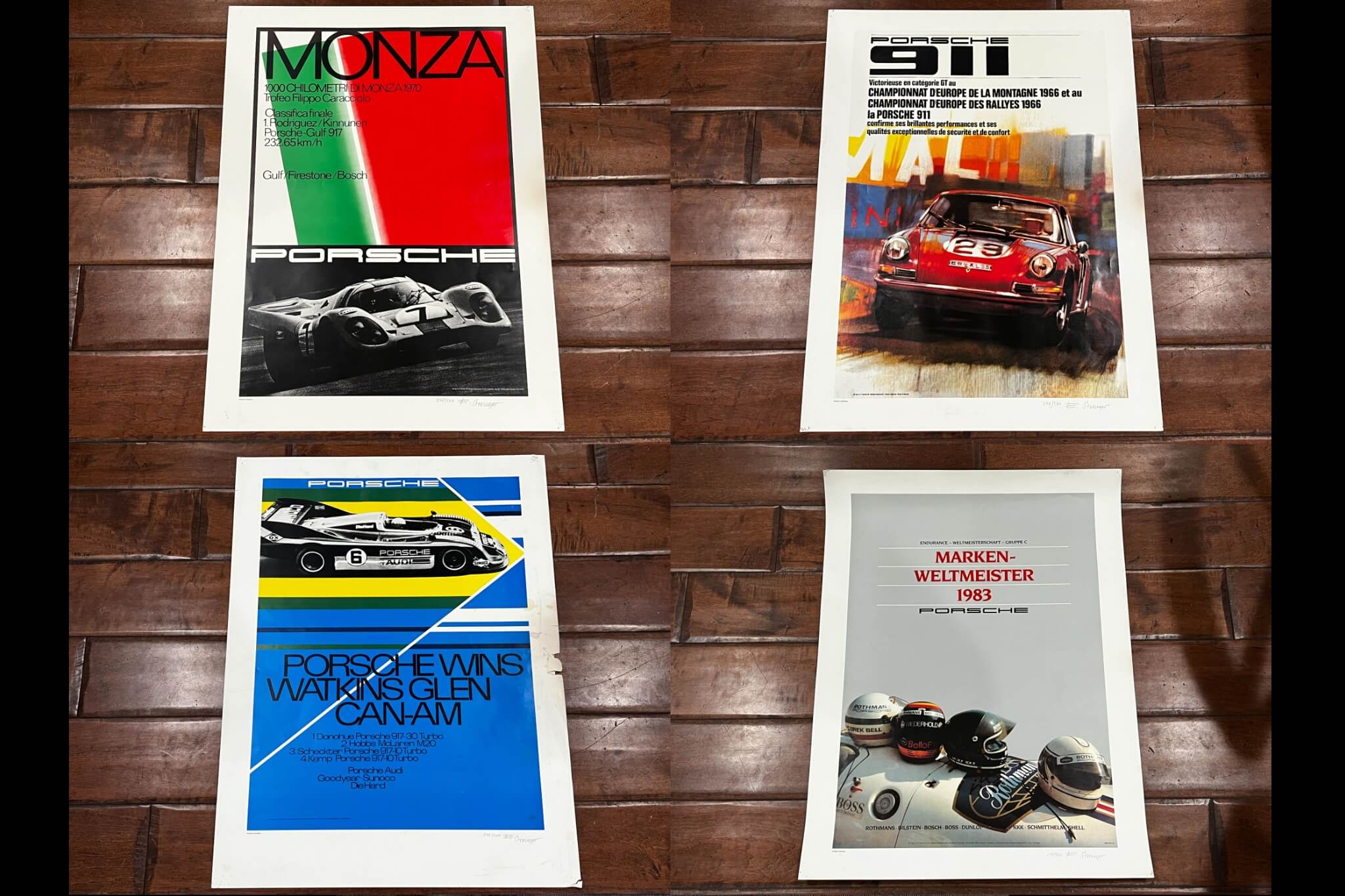 Available for auction is a collection of authentic numbered limited edition Porsche racing posters signed by Erich Strenger. The seller states the posters are in good condition, with only one displaying a minor tear on the right side. All four posters measure 20" x 27".

Porsche often scrambled to have advertisement posters printed in a timely fashion following the team's win. With this limited edition run, which dates shortly before Strenger's death, he finally had the liberty to print his designs the way he intended.It’s said that no one has helped to shape the image of Porsche as much as Erich Strenger. Strenger, a graphic designer created adverts, brochures, and racing posters for Porsche and founded Porsche’s in-house magazine, Christophorus. The starting signal for the long-term collaboration began in 1951 when Strenger and historian Richard von Frankenberg, who had just begun to form Porsche’s communication department, discovered their common enthusiasm for the brand. At the beginning of the 1950s, Porsche’s brand name was typically handwritten on the brand’s advertising material. Strenger quickly developed a new, more modern, and universally applicable. Motorsport retained most of Porsche’s focus, enabling them to demonstrate the sportiness of its machines. Porsche’s famous racing director and public relations manager, Huschke von Hanstein, ordered a poster from Strenger for each race. Strenger designed countless racing posters for Porsche up until the 1980s, reflecting not only his graphic talent but also his inexhaustible creativity.

The four posters displaying some of Strengers incredible work are composed of the following: