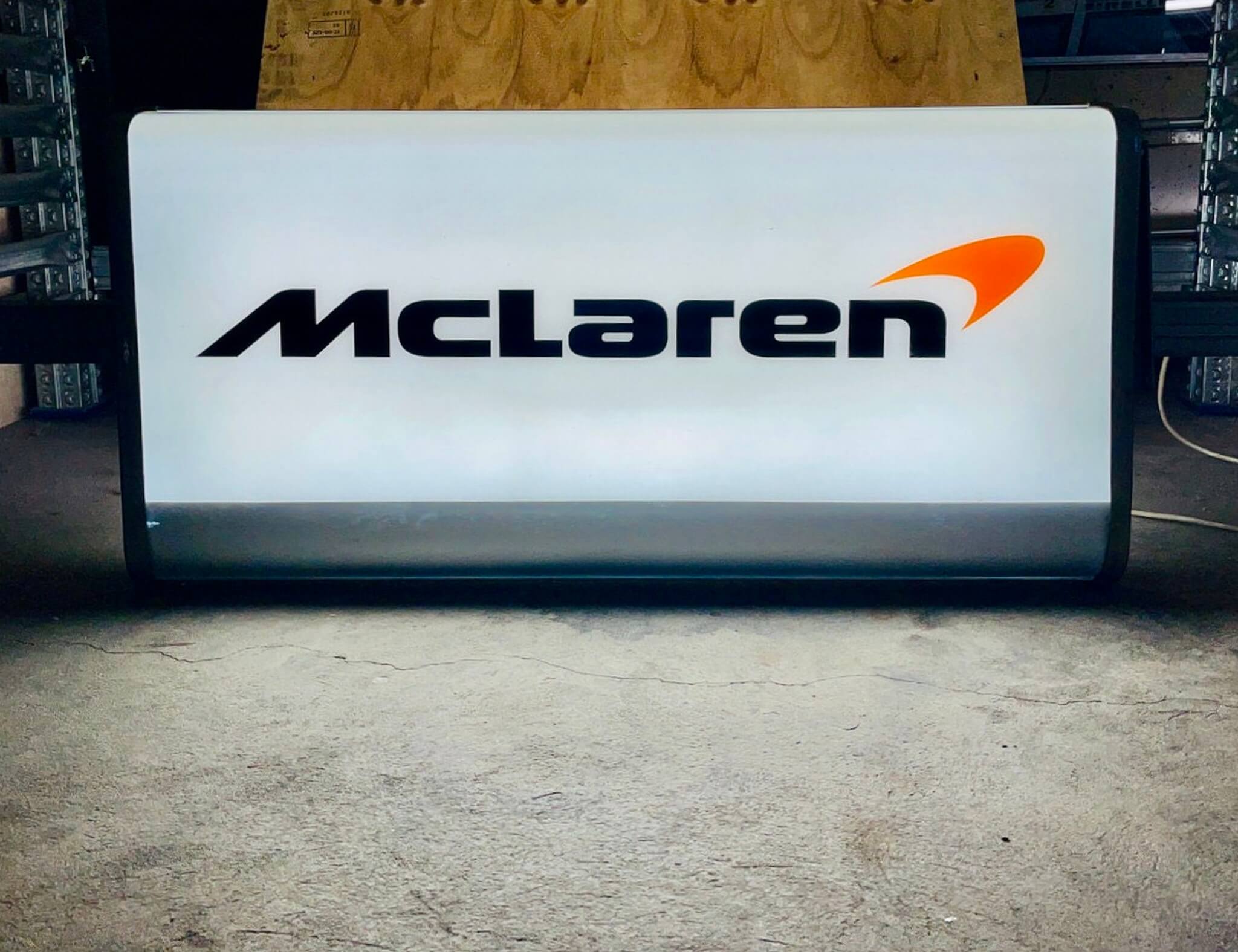 Available for auction is a New Old Stock illuminated double-sided McLaren sign. The seller states this never-mounted original sign came from an Italian supplier as a prototype and was later discovered in the warehouse after the manufacturer closed. This rare find was produced by Serenari, measures 40" x 20", is internally lit, and is currently wired for 220v. The seller will provide professional boxing in a wooden crate at no additional cost and will help to organize insured shipping all over the world. The buyer will only be responsible for shipping and fees.

The first McLaren crest was designed in 1964 by Michael Turner – famous motorsport artist and close friend of Bruce McLaren – for the fledgling Bruce McLaren Motor Racing Team. It centered on a Kiwi, the national symbol of Bruce’s homeland, New Zealand. The more dynamic ‘Speedy Kiwi’ was then introduced in 1967, to emphasize the higher speeds at which Bruce’s cars were racing. It also took on a striking papaya orange color which familiarly became known as “McLaren Orange”. Reflecting the sport’s international growth, the ‘Speedy Kiwi’ disappeared to be replaced by the McLaren International logo which evoked a chequered flag. First appearing in 1997, a revamped logo featured a streamlined speedmark which bared similarities to the vortices created by a rear wing. Enter the mono-black speedmark, symbolizing ‘one’ McLaren. For 2021, the speedmark then turned papaya to distinguish McLaren Racing.