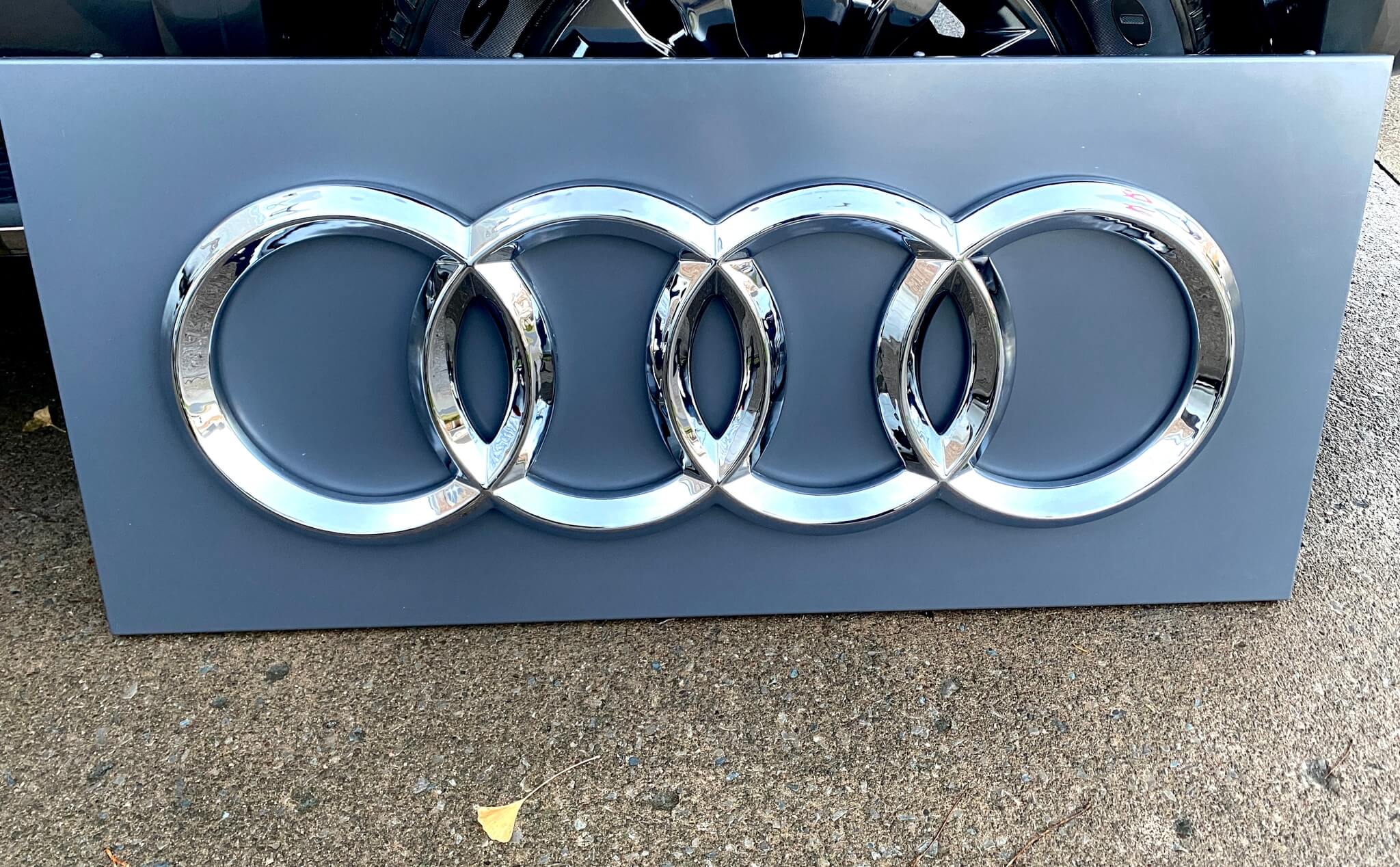 Available for auction is a rare and original Audi dealership sign. The 48" x 22" sign features a steel base while the Audi rings are finished in a show-quality chromed composite. This rare find was acquired in the UK but now resides in the seller's Canadian collection. Wall mounting brackets will be included. The buyer is responsible for shipping, handling, and fees.

Audis logo of the four interlocked rings represents the four different automakers that merged in 1932 to create what was then called the Auto Union. The oldest manufacturer; Horch being founded in 1899 by German engineer August Horch. Shortly after, Mr. Horch left the company to form the second company in the merge, Audi. The third company to join the lineup was Wanderer, a bicycle, motorcycle, automobile, and machinery manufacturer which was founded in 1911. The last ring to latch on was a steam-engine manufacturer by the name of DKW. Auto Union faced struggles in the mid-1950s and was purchased by Daimler-Benz. Auto Union was eventually sold to Volkswagen in 1964 after finding themselves encountering financial troubles. It was under Volkswagen ownership that Auto Union began selling cars under the sole name of Audi. Throughout the years, the Audi name developed into what is known today as Audi AG.