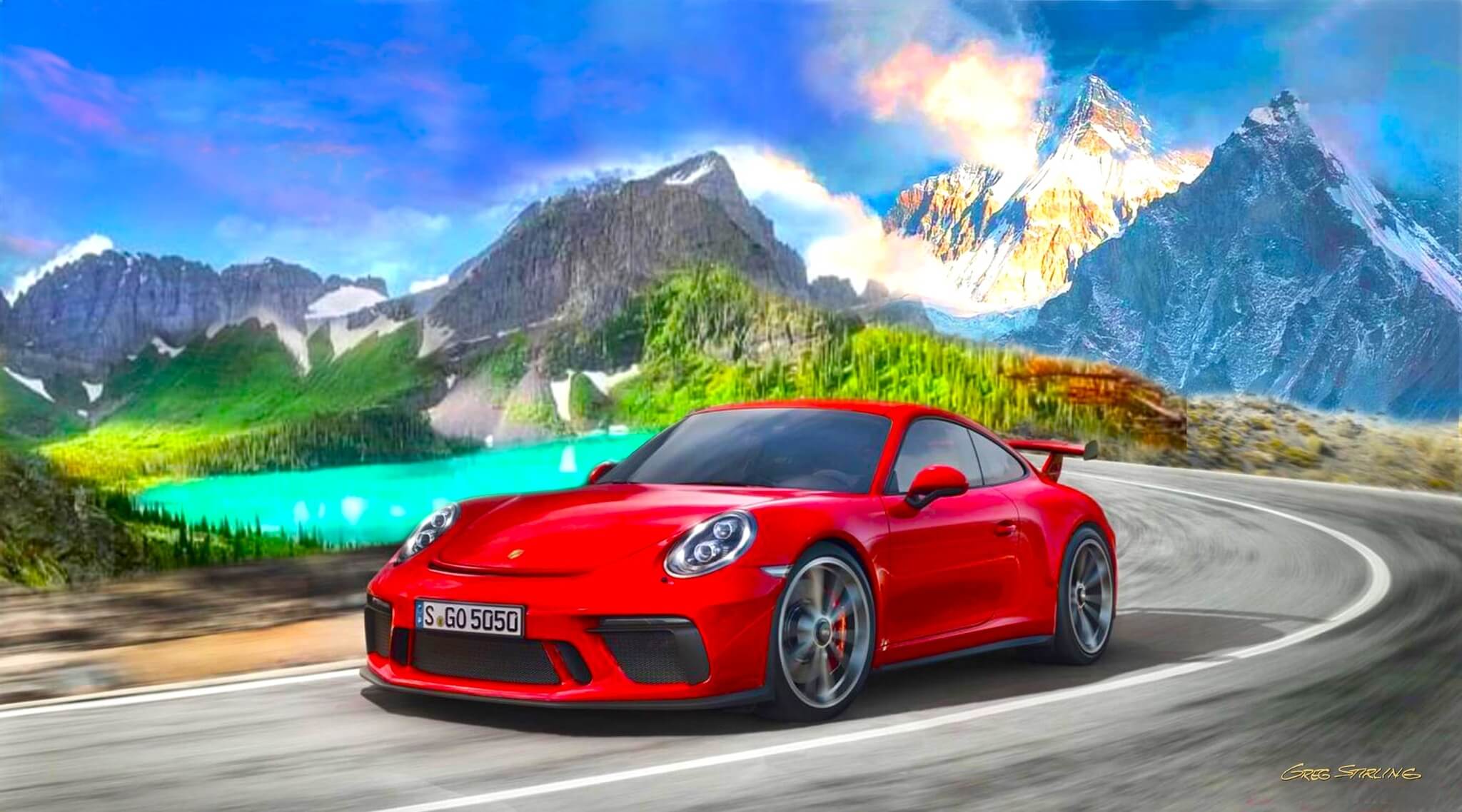 Available for auction is a painting by Greg Stirling featuring the "Porsche 911 GT3 Mountain Drive". This 29" x 52" painting is made from acrylic media on canvas. 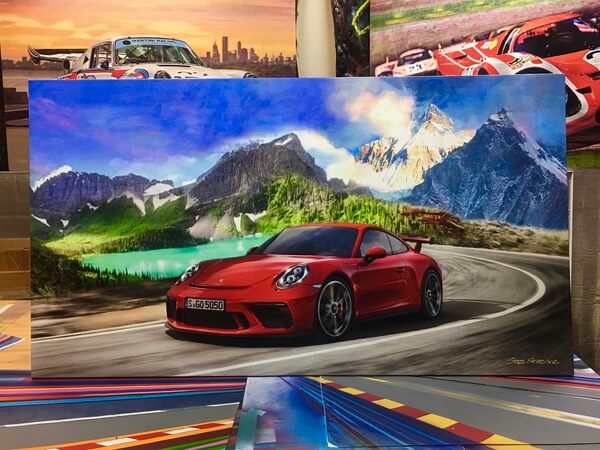 So, what makes the Porsche 911 GT3 so special? In short, it's a track-ready machine that's also street legal. It comes with a naturally aspirated engine that produces an impressive 500 horsepower. Plus, it has a lightweight design and rear-wheel drive for ultimate control and handling. 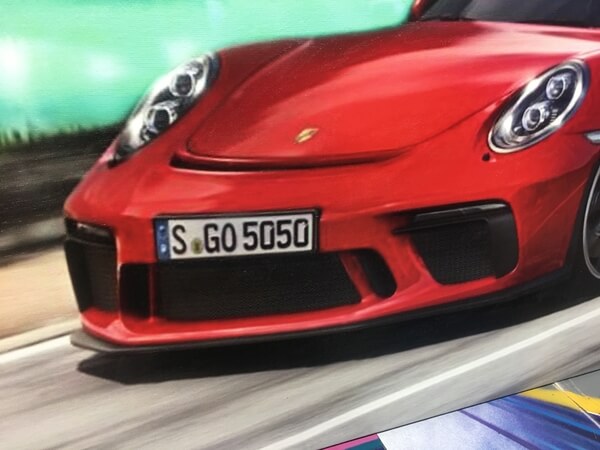 History of the Porsche 911 GT3
The Porsche 911 GT3 is one of the most iconic cars ever made. It has a rich history that dates back to the early days of Porsche racing. The GT3 was introduced in 1999 as a race car for the FIA GT3 Championship. It quickly became a fan favorite and went on to win many races and championships. In 2003, Porsche introduced the first production GT3, which was based on the 911 Carrera. This version of the GT3 was very successful and became one of the most sought-after Porsches. Today, the 911 GT3 is considered one of the best sports cars in the world and continues to be a favorite among fans and collectors. 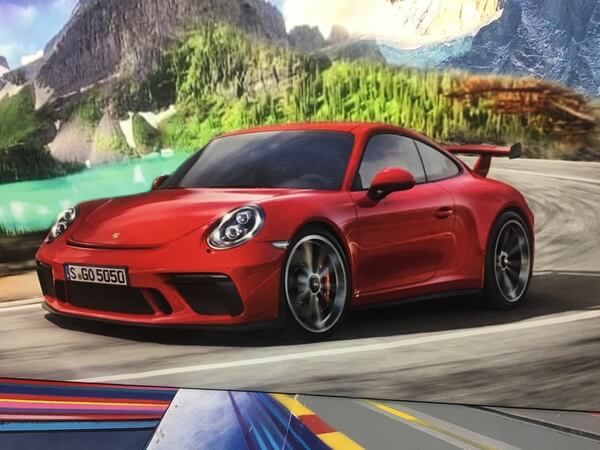 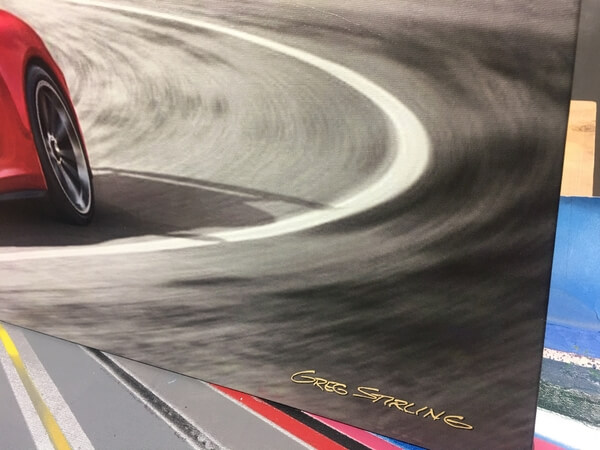 A message from the seller:
"I thought taking a GT3 for a mountain drive would be a pleasant experience - Enjoy! The proceeds from this auction will be donated to the victims of hurricane Ian, particularly my friend and high school classmate Greg Glenton of North Fort Myers Florida, whose house was devastated by up to six feet of storm surge, and 4 inches of mud, during Hurricane Ian. They managed to get their 2 dogs, the clothes on their back, and his truck to get out of harm's way. Everything else was ruined. They did not have flood insurance and homeowners insurance had already notified them that they are not paying. This money is needed for them to take care of the immediate things to get back on their feet only. They will get with FEMA for disaster help but all of that will take a long time. Greg is a double amputee and is going through dialysis."

Fees for packaging, shipping, and handling is $195, anywhere in the United States. The buyer is responsible for shipping, handling, and fees.