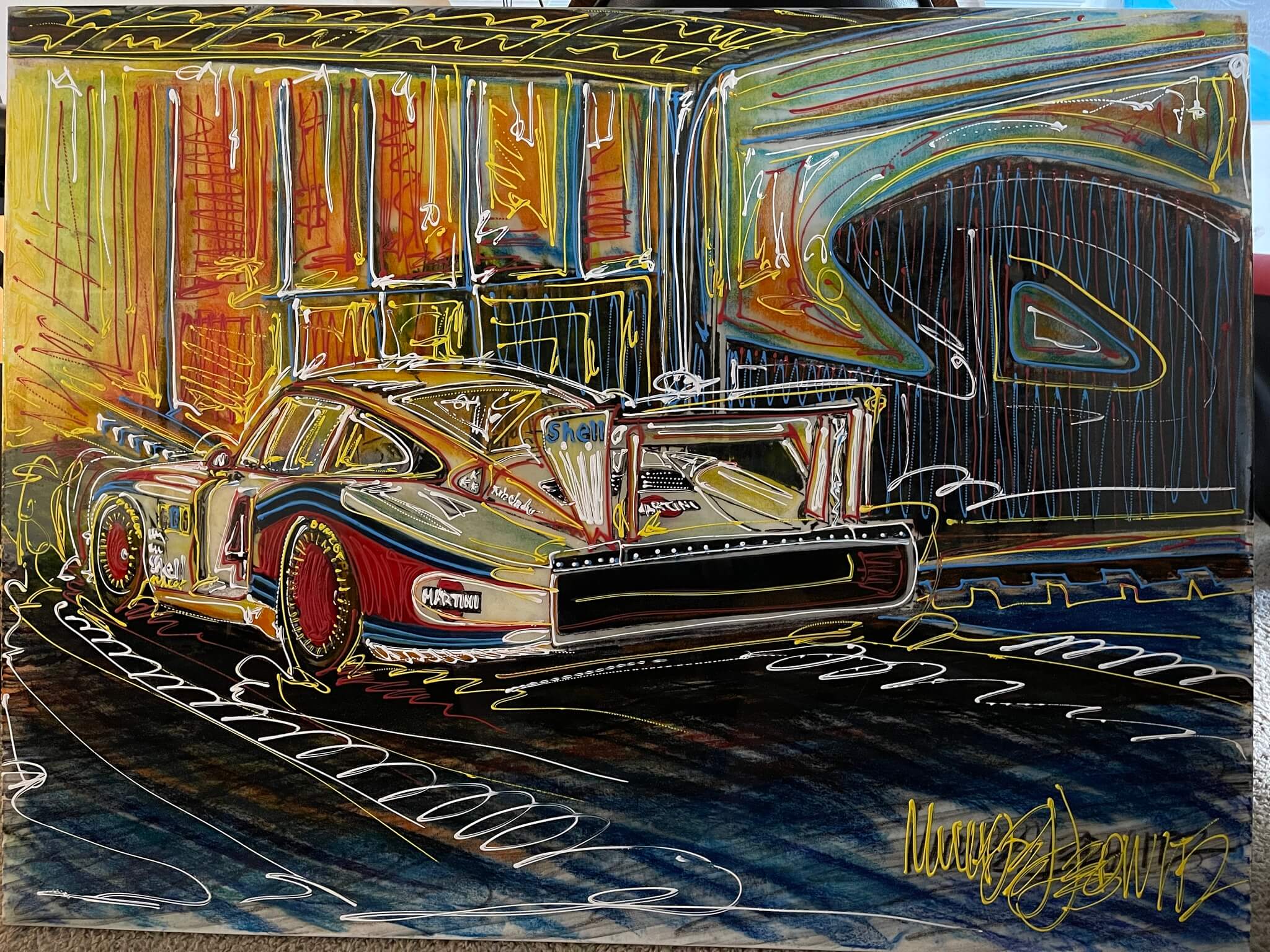 Available for auction is this original painting by automotive artist Michael Ledwitz. This 36" x 48" art piece was created with acrylic paint and pastels for the base of the painting with marker for the illustration of it. Once finished, was topped with poured resin. Acrylic accents were then added to the painting to make it pop. The 935/78 was the ultimate expression of the 911 factory race car. Raced under the Group 5 silhouette series, great liberties were taken with the design and the result was nicknamed ‘Moby Dick’ for its large size and huge overhangs. The 935/78 was built under Porsche’s Chief Racing by Norbert Singer for high speeds at Le Mans. Due to the advanced shape of the car 227 mph was possible. For the first time in the history of the 911 the engine came with water-cooled cylinder heads featuring four valves per cylinder. Maximum output of the turbocharged 3.2-litre six-cylinder was 845hp. 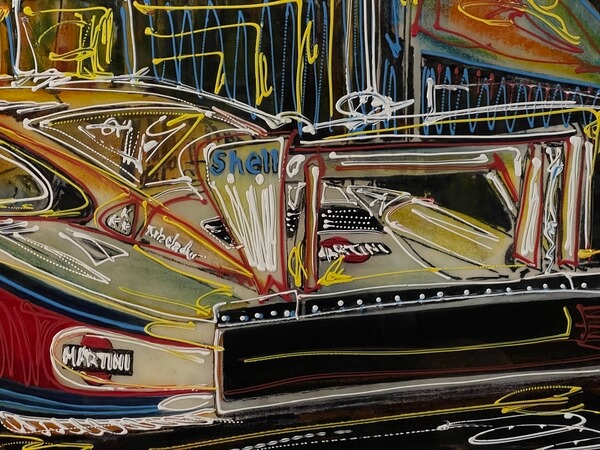 
The buyer is responsible for shipping, handling, and fees.