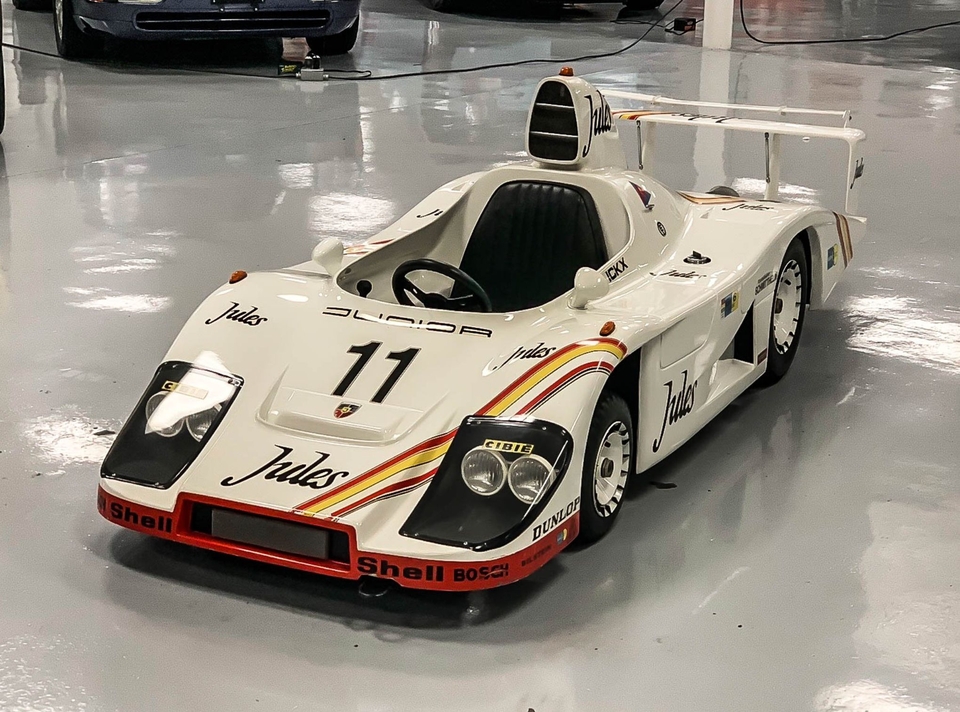 We are pleased to present this rare 1981 Porsche 936 Junior half-scale car finished in the iconic “Jules” racing livery.  During the mid 1980’s, Porsche decided to commemorate their 1981 Le Mans victory by commissioning a limited run of these half-scale 936 go-karts.  Believed to have been no more than 100 examples ever built, these highly collectible 936 Juniors were originally presented to several Porsche VIP’s including Mr. Ferdinand Porsche himself.  This 936 Junior was purchased at Amelia Island about 5 years ago and used almost entirely for decorative purposes ever since.  Having been personally signed by Derek Bell, this 936 Junior represents a very special opportunity to own one of the rarest and most unique Porsche collectibles on the market. 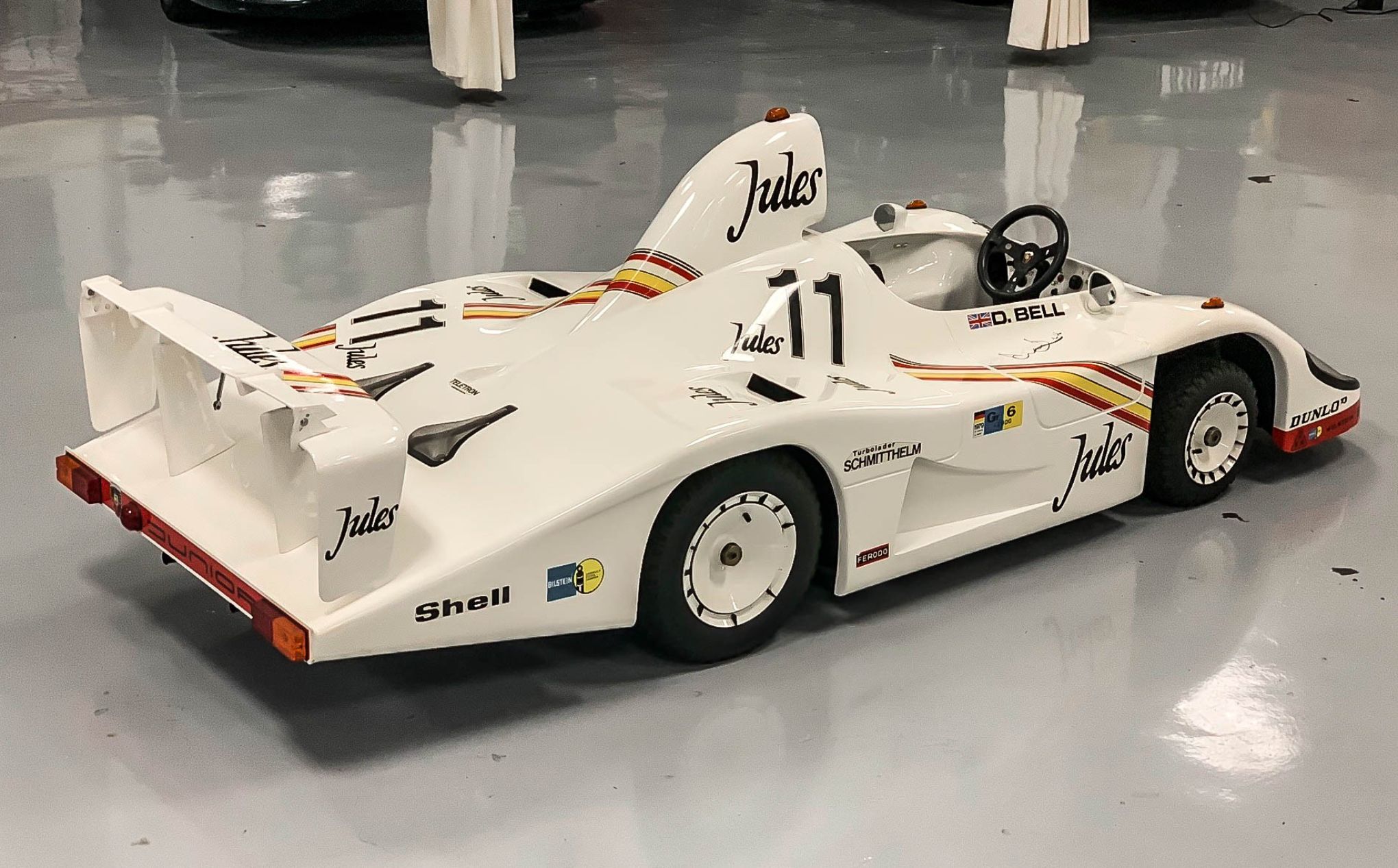 This 936 Junior is finished in the famous “Jules” livery in which Derek Bell and Jackie Ickx drove its full-size counterpart to victory at Le Mans.  The body is noted to be in great overall condition with a few minor scuffs, detailed images are provided in the photo gallery. 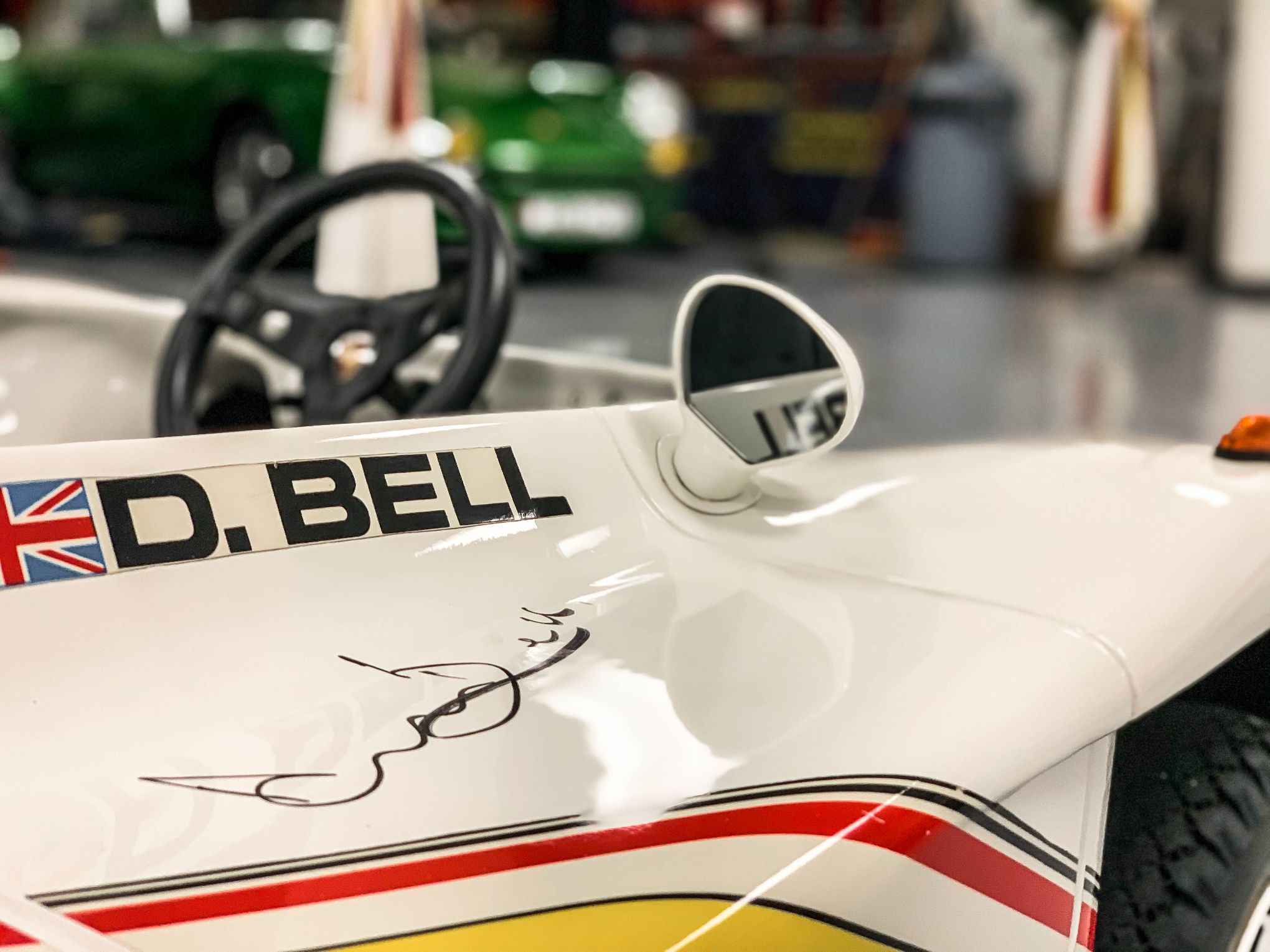 Power comes from a gasoline-powered Briggs and Stratton 4-stroke engine which is rated at 5 HP.  The rear wheels are driven through a 3-speed manual transmission (2 forward gears, 1 reverse) allowing the Junior to reach top speeds of up to 35 MPH.  Other noteworthy features include disc brakes, an adjustable rear wing, hydraulic suspension, rack and pinion steering, a limited-slip rear axle, a horn, and fully functional exterior lighting.  The seller states that this 936 has been sitting idle for several years and that a new battery will be required to start it.  This half-scale 936 is a must-have for any avid Porsche collector.  Do not miss out on exciting opportunity.