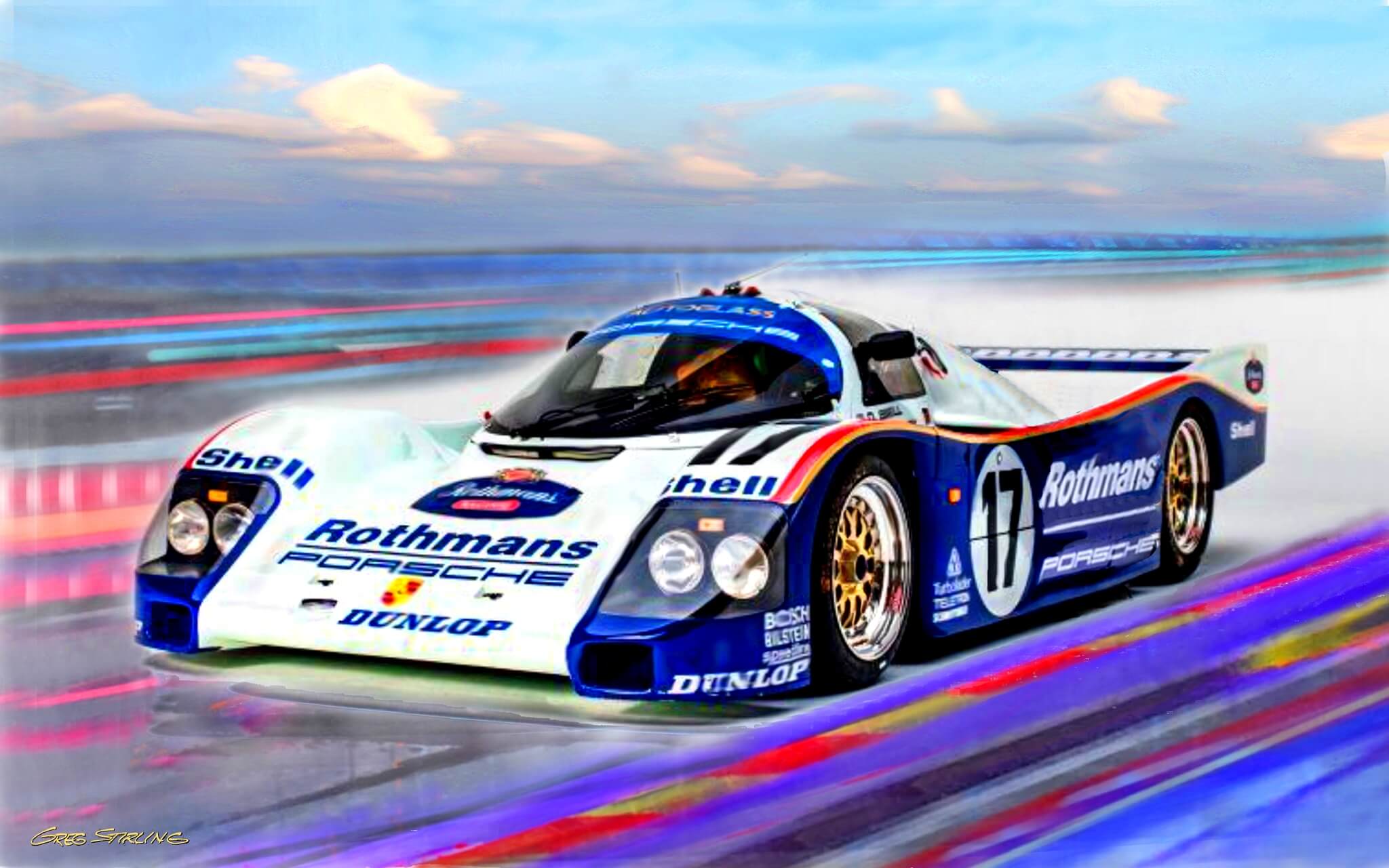 Available for auction is a painting by Greg Stirling featuring the "Porsche 962C winner of the 1986 and 1987 Le Mans". This 30" x 48" painting is made from acrylic media on canvas. 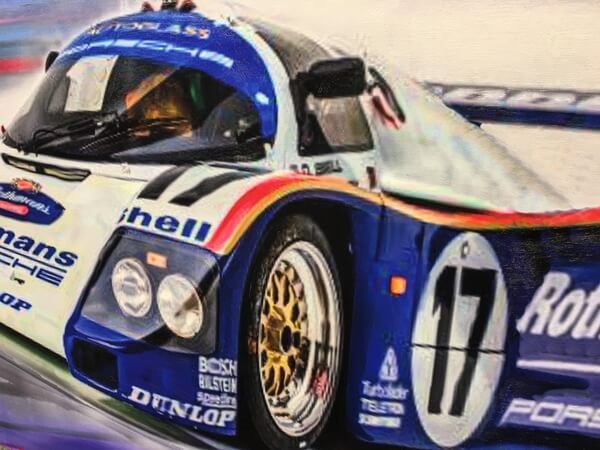 During the early years of its career, the Porsche 962 became one of the most dominant cars in motorsport, and its efficiency and reliability led it to be a car much in demand among private teams. The championships won by teams campaigning the 962 included the World Sportscar Championship title in 1985 and 1986, the IMSA GT Championship every year from 1985 to 1988, the Interserie championship from 1987 until 1992, all four years of the Supercup series (1986 to 1989), and the All Japan Sports Prototype Championship from 1985 until 1989, and it was also very dominant in the American IMSA series well into the '90s. The 962 also won the 24 Hours of Le Mans in 1986 and 1987, with Derek Bell, Al Holbert and Hans-Joachim Stuck at the wheel on both occasions, and later winning under the Dauer 962 badge in 1994. 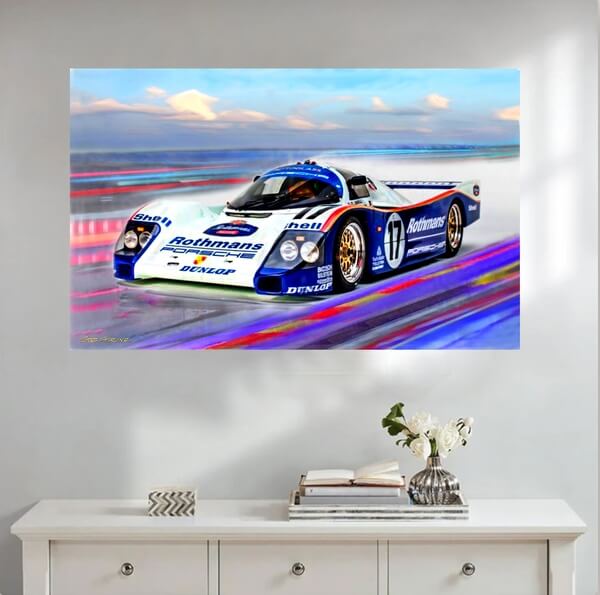 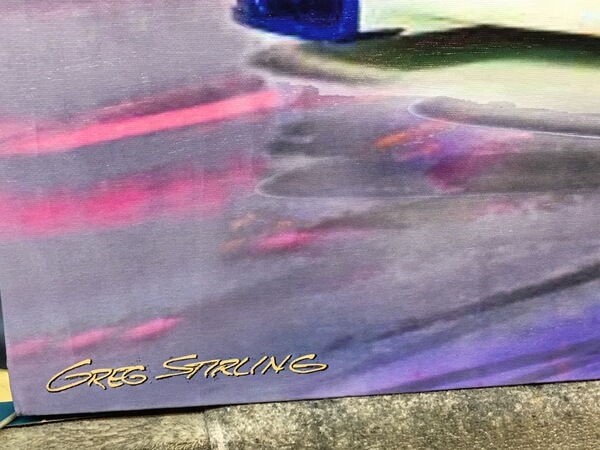 A message from the seller:
"The Porsche 962 is one of my all-time favorite race car designs. This large piece measures 48 x 30 inches. The photos shown on the wall are to scale. This painting is the second in a series emphasizing the feeling of speed and motion, and a new technique using spray paint. The stripes hint at trackside features. The vapor following the car gives the impression of a low-pressure vapor trail that follow jet fighters. I tried a number of ideas above the horizon and settled on a coastal early sunset. A portion of the proceeds from this auction will be donated to the victims of hurricane Ian."