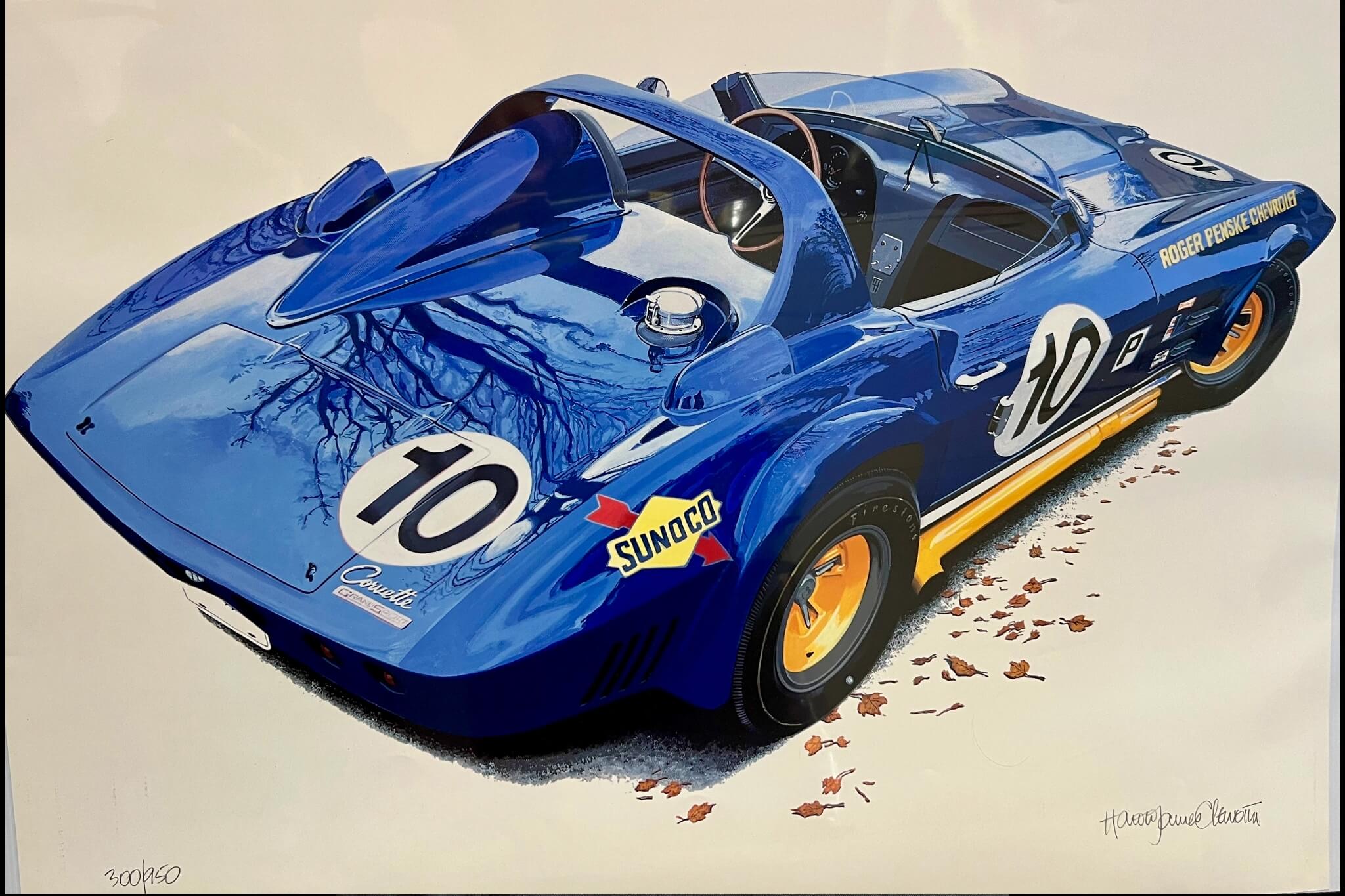 Available for auction is a Rare Harold Cleworth signed & numbered print of Roger Penske's #10 Grand Sport Corvette Roadster. As a limited production of only 950 prints, this example is number 300. The seller states the print is currently unframed and measures 25" H x 33.5" L. 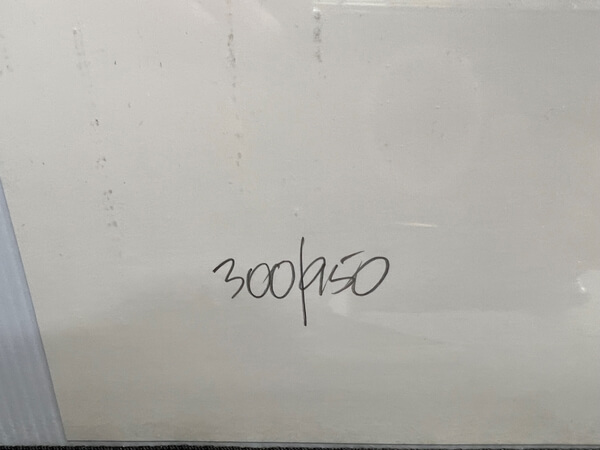 Only two Corvette Grand Sport Roadsters were built, and Roger Penske bought both of them. Chassis 001 was picked up from the GM factory and prepared for the 1966 Sebring 12 Hour event. Prepared by Traco and upgraded with a 427 ci "Daytona Mystery Motor" topped by a single Holley carb. To minimize time spent in the pits an air jack/oil/water system was added to the Penske Roadster. A set of three valves on the right fender allows compressed air, oil, and water to be delivered quickly and easily. If not driven carefully, the Penske Roadster could pick its front tires up off the ground during acceleration, so a large front spoiler was added to combat lift under acceleration and at speed. Driven by a couple of Dicks, Guldstrand, and Thompson, it made its racing debut racing against Ford GT40s, Ferraris, Chaparrals, and Porsches. The competition was two years more advanced, but nothing could keep up with the Grand Sport in a straight line. A.J. Foyt, driving a GT40 Mk II at Sebring that year, was heard to say: "What's in that damn dinosaur? It went by me like I was stopped!" 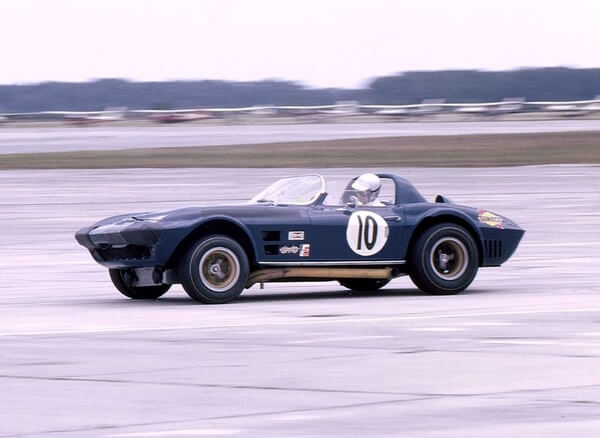 Harold James Cleworth is one of the most well-known automotive artists working today. His posters have sold worldwide, and his limited-edition prints have increased in value since first being introduced. Born in the industrial north of England during the Second World War, he quickly developed a love for the aesthetics of machinery and began painting the local “Orwellian” landscapes. Graduating from the prestigious Manchester College of Art in 1967, he moved to London to work for Decca Records, illustrating the first album covers for the Rolling Stones, The Who, and other new groups. In 1972, frustrated with the London scene, a trip to California convinced him to stay and begin his career as a fine artist, choosing the automobile, his first love since childhood, as his muse. A series of posters followed, amongst them the black 300 SL gullwing Mercedes, which rapidly became the most popular automotive image in an emerging market. The Chase Manhattan Bank of Zurich bought his first original, and private collectors soon began to commission him to paint portraits of their Bugatti’s, Duesenberg’s, and Ferraris. Galleries invited him to exhibit in San Francisco, Santa Monica, Beverly Hills, and Carmel. The press discovered him, stories appeared in all automotive journals, Auto Week dubbed him “the painter laureate of the car,” and the Los Angeles Times ran his life story. Corporate commissions followed from Ford, Chevrolet, Saab, Isuzu, and Lincoln, all of whom desired portraits to introduce their new models. Cleworth has firmly established himself as one of the world’s leading “auto-biographers” whose trademark superrealism has become instantly recognizable, and whose 40-year dedication to the subject has proved enormously successful. 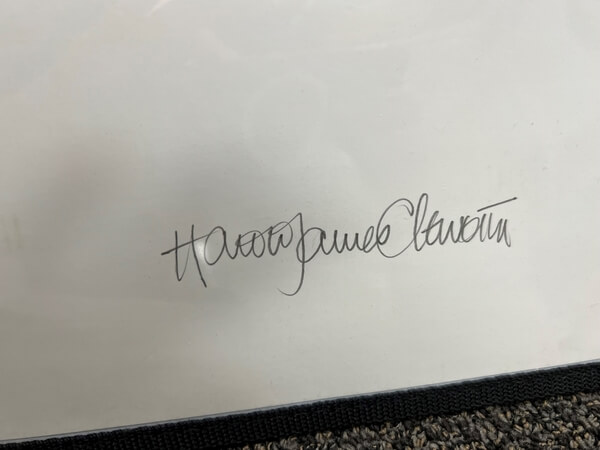 Don't miss your opportunity to own an incredible art piece by one of the most iconic automotive artists in history. The buyer is responsible for shipping, handling, and fees.