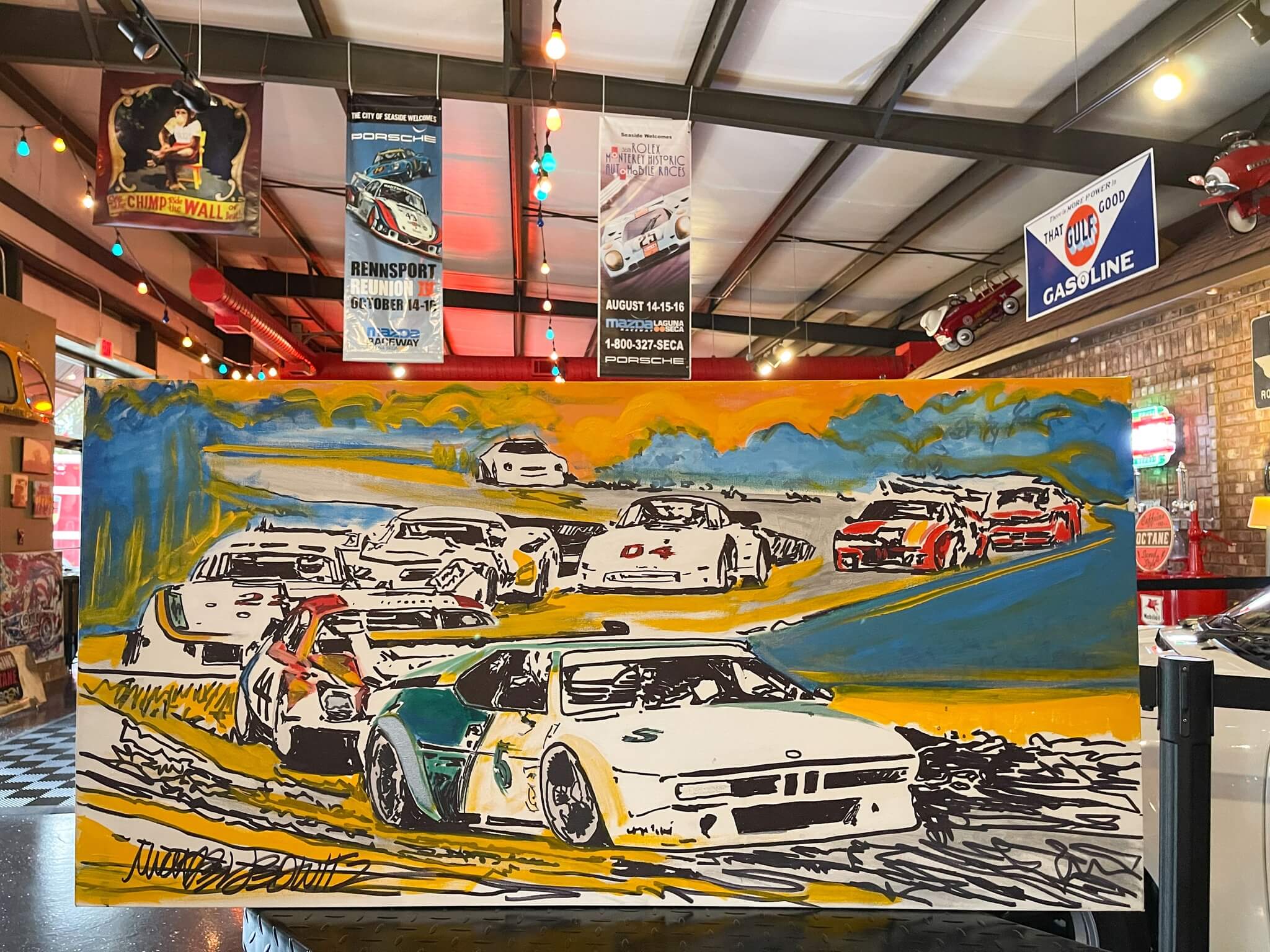 Up for auction is “Vintage IMSA”, an original painting by Michael Ledwitz.  Founded in 1969 by John Bishop, a former executive director of the SCCA (Sports Car Club of America), the International Motor Sports Association (IMSA) hosted the GT Championship sports car racing series from 1971-1998 which saw some of the most legendary cars and drivers in motorsport history. 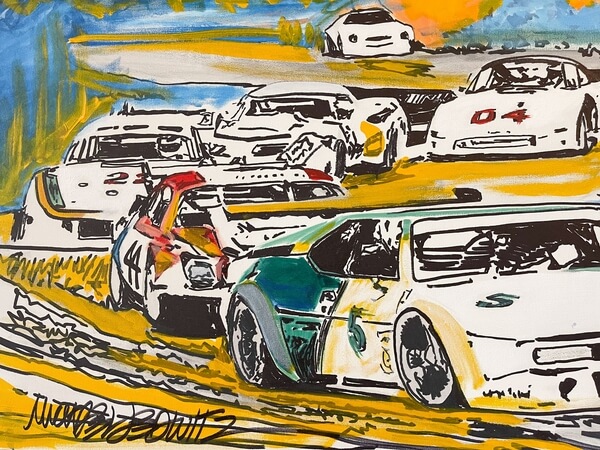 This scene from the Camel GT era depicts a BMW M1 Procar rounding a corner followed by a pack of Corvettes, Camaros, and Porsche 935s, which would go on to become the most successful cars in the series. Created using acrylic paint, marker, and brushstroke on canvas measuring 24”x48”, this original work of art is a must-have for any vintage motorsport enthusiast. 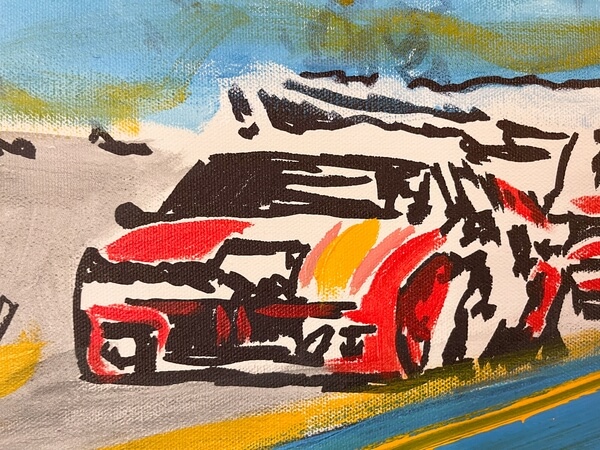 Michael Ledwitz is known for his abstract style similar to Peter Max and LeRoy Neiman. His love for the arts started with drawing cars at a very young age and was inspired by Hot Wheels. Michael's art is coveted in the automotive industry and has led to many high-level pieces including the artwork done for Carrol Shelby's 85th birthday celebration. Michael's professional career in automotive art started after he was in a near-fatal car accident in 2005. He was forced to slow down from work in franchising in order to heal. His painting began as a hobby; a way to relax and reflect. Soon after, people started to notice Michael’s talent and began requesting commissioned pieces of their own. Since then, Michael’s accomplishments include silent auction pieces for Zoo Atlanta, commissioned paintings for Carroll Shelby’s 85th birthday in Las Vegas, Shelby Licensee, and was the featured artist for the 2018 Atlanta Concours d'Elegance at Chateau Elan.  A car collector himself, Ledwitz is deeply ingrained in the community and is currently in the process of filming the pilot for an upcoming television car show.